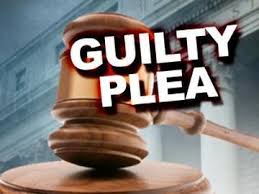 The U.S. Attorney’s Office for the Eastern District of Oklahoma announced that Jasmine Lea Meikle, age 38, of Tahlequah entered a guilty plea to Unlawful Use Of A Communication Facility punishable by not more than 4 years imprisonment, a fine up to $250,000.00 or both.

The Information alleges that on or about September 24, 2018, in the Eastern District of Oklahoma, the defendant, did knowingly and intentionally use any communication facility, a cellular telephone, in facilitating the commission of any act or acts constituting a felony that is Possession with Intent to Distribute Methamphetamine.

Steven P. Shreder, U.S. Magistrate Judge in U.S. District Court for the Eastern District of Oklahoma, in Muskogee, accepted the plea and ordered the completion of a presentence investigation report.