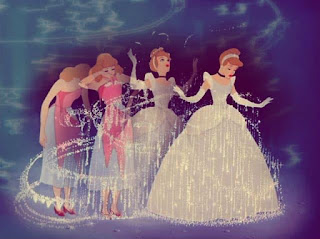 “Cinderella For Prom” is designed to give girls a prom experience they will never forget. In March, organizers have planned a shopping day where participants can come into a boutique-style space and select gently worn dresses, shoes and the rest of their outfits for the big day.

Then at another event planned for April, the girls will find their prom outfits waiting for them as they get the whole prom experience, including hair, makeup, nails and photos. The photos will be put on thumb drives for each girl to keep.

Organizer Dawn Little said Friday that the group hasn’t yet determined exact dates or locations for the event, but “Cinderella For Prom” is accepting donations of dresses, shoes, accessories, hair and makeup products, as well as thumb drives.

Anyone is eligible to participate, Little said. She said the focus is on Sequoyah County girls, “but I won’t turn anyone away.”

The group’s purpose is to help girls who otherwise couldn’t afford the perfect prom experience, as well as to empower the young women and offer them that sisterly bond with one another, Little said.

The group’s services are free and some talented volunteers have signed on that will not disappoint, Little said. The only items girls are asked to return are the dresses. 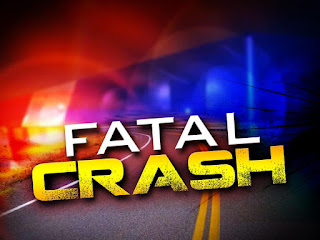 Two Poteau women died Thursday after the vehicle they were riding in crossed the center line on State Highway 112 and struck a pickup.

Lisa Ann Smith, 43, and Jeanette Marie Reedy, 67, were pronounced dead at the scene of the crash.

According to the Oklahoma Highway Patrol report, the accident occurred at 9:06 a.m. about one mile west of Cameron in Leflore County when a 2014 Chevrolet pickup driven by Harry Reedy, 55, of Poteau was traveling east on SH 112. The Chevy traveled left of center, striking a 2008 Dodge Ram truck driven by a 17-year-old boy from Poteau head-on.

Harry Reedy and the teen were transported by Leflore County EMS to Mercy Hospital in Fort Smith, Ark. Both were listed in stable condition and have multiple injuries. 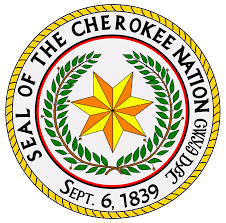 Cherokee Nation Principal Chief Chuck Hoskin Jr. has appointed a Cherokee Nation workgroup to study issues relating to hemp and cannabis in fields such as commerce, health care and agriculture.

“As Chief, I want well-informed policy, and the team we have assembled will be a great asset in that regard. I believe there are opportunities for Cherokee Nation, our businesses and our citizens to benefit from this emerging industry. But, we need to move forward carefully and responsibly and in absolute strict adherence to the law in order to ensure success and sustainability,” Chief Hoskin said.

It will also consider what, if any, role cannabis can play in the Cherokee Nation’s Health Services system, including identifying any legal or ethical barriers on the use of the substance.

Workgroup members will also study and make recommendations on opportunities for Cherokee Nation and Cherokee Nation citizens to engage in raising, processing, and engaging in commercial sales of hemp and cannabis.

The workgroup will report its recommendations to the Principal Chief and the Council of the Cherokee Nation no later than May 31.

The Cherokee Nation, headquartered in Tahlequah, Okla., has more than 380,000 tribal citizens.

While marijuana use is still illegal under federal law, there are provisions allowing commercial hemp production. Oklahoma has also legalized medical cannabis under SQ 788 in 2018.

Under Cherokee law, it still remains illegal to use or possess marijuana in all tribally owned properties. Cherokee Nation recently revised its workplace drug use policy to protect employees and applicants who possess a valid medical marijuana patient license.

“The workgroup established by Chief Hoskin is a substantial step for the Cherokee Nation evaluate the changing regulatory environment surrounding hemp and cannabis in areas of commerce, agriculture and health care,” said Secretary of Natural Resources Chad Harsha. “I look forward to working with this team to bring clarity on these issues and to present policy recommendations that will advance the Cherokee Nation in these emerging areas.” 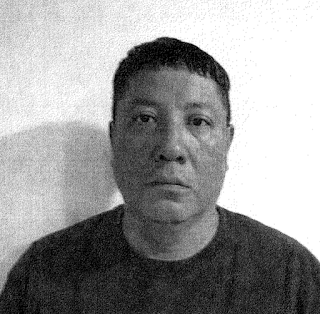 A local girls' coach is free on bond after being accused of having an inappropriate relationship with a female, juvenile student.

Gregg "Chooch" McCoy turned himself into the Sequoyah County Sheriff's office Tuesday evening after a felony arrest warrant was issued for his arrest earlier that day. The warrant included two felony counts.

According to the affidavit filed with the charges, a female student alleges that she and McCoy exchanged inappropriate photos, messages and that McCoy also sent her at least one inappropriate video.

On. Jan. 18 Sequoyah County deputies were given two cell phones belonging to the juvenile that allegedly contain evidence of an inappropriate nature.

During an interview with deputies held on the same day McCoy was asked if he had ever sent photos or videos to the juvenile. McCoy "became nervous" and stated that he didn't "deny or confirm that photos or videos had been sent."

McCoy's cell phone was seized and entered into evidence.

McCoy resigned from his position at Brushy Public School on Jan. 18. 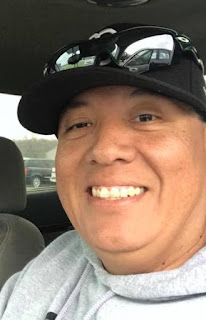 On Tuesday a felony warrant was issued for a Brushy Public School girls' coach.

Gregg "Chooch" McCoy, 46, of Sallisaw was charged with two felony counts related to improper conduct with a student at Brushy Public School.

According to the affidavit filed with the charges, a deputy from the Sequoyah County Sheriff's office was called to the sheriff's department on Jan. 14 to take a report from a student in reference to bullying. A note had been obtained by Carla Fivekiller, principal, that had been passed between two juvenile female students where one had warned the other "you better not tell your mom what I told you about Chooch or she will tell my mom and I will be dead."

The deputy retrieved the note from Fivekiller and spoke with the reporting juvenile who stated that she and the other girl had been fighting because the other girl had shared information about herself and Coach Chooch McCoy. The report states that the girl had been told by her friend that she had been talking and sending "nude pictures" to McCoy and that he had also sent her one "inappropriate video over Christmas break".

Both juvenile females participated in a forensic interview on Jan. 17 where more information regarding inappropriate photos and videos was revealed and  alleged.

On Jan. 18 the stepmother of the juvenile who had allegedly been receiving the texts and photos from McCoy called a sheriff's deputy and stated she would like to turn over her daughter's two cell phones. According to the affidavit, the mother stated that her daughter had admitted to her that morning that there had been inappropriate texting between herself and McCoy.

Another forensic interview was scheduled for the juvenile on the same day. During that interview the juvenile went into great deal regarding the alleged video sent by McCoy over the Christmas break. She also stated that she was "afraid to tell anyone in fear of what he would do to her at school."

Also on the same day, Jan. 18, McCoy was asked to come to the sheriff's office and speak with deputies regarding the allegations. When asked if he had ever sent photos or videos to the juvenile McCoy "became nervous" and stated that he didn't "deny or confirm that photos or videos had been sent." McCoy went on to state that it was "no secret that he drinks" and he "did not remember". During the interview McCoy was asked a series of questions regarding allegations involving sending videos, texts, and photos. To each of the questions asked he either stated that he "did not remember" or that he "could not confirm nor deny",  according to the report

McCoy eventually stated that he did not "like the direction this is going" and stated he would like to speak to an attorney. The deputy ended the interview at that time and seized McCoy's cell phone and it was entered into evidence.

Shortly after McCoy left the sheriff's office a call was received from Brushy Schools Superintendent Greg Reynolds stating that McCoy had came to the school and resigned his position.

Brushy Public School released the following statement: "Brushy School is committed to a safe learning environment for its students. Local law enforcement was involved after the school was notified of an allegation against an employee for inappropriate conduct with a student. The alleged employee has resigned. The District cooperated with law enforcement during its investigation of this matter. Because of the confidentiality rights of the student and the individual involved, the District cannot  comment further." 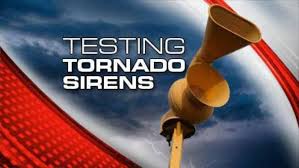 The City of Sallisaw’s electric department has technicians coming to work on the storm sirens Monday and they will be testing them throughout the day.

CN Urging Citizens to Be Counted in 2020 Census 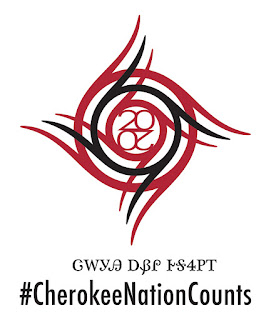 The Cherokee Nation is kicking off its #CherokeeNationCounts 2020 Census campaign, urging tribal citizens to complete the Census completely and accurately to help ensure the tribe receives key funding for programs including Indian Health Service and housing allocations through Housing and Urban Development.

During the 2010 Census, tribal communities such as those in Sequoyah and Adair counties had a lower Census participation rate. Nationally, there was also an under-reporting of children under age 5.

“We’re launching a #CherokeeNationCounts campaign to tell our tribal citizens to fill out the 2020 US Census, because if we aren’t all counted, we leave money on the table,” Principal Chief Chuck Hoskin Jr. said. “The Cherokee Nation estimates for every one Cherokee Nation citizen who doesn’t get counted, it’s a loss of about $50,000 in federal funding over the course of a decade that helps our tribal programs and services.”

By April 1, each home will receive an invitation to participate in the 2020 Census either online or by mail or phone. Aside from its impact on funding, an accurate count in the Census helps the Cherokee Nation better understand the demographics and needs of tribal communities not only in Oklahoma, but across the United States.

The Cherokee Nation has established a Complete Count Committee comprised of representatives from tribal departments who will help educate tribal communities about the 2020 Census and how to accurately complete it.

“To ensure Cherokee Nation citizens are properly counted, we are encouraging them to mark that they are American Indian when filling out the Census, and they must also write ‘Cherokee Nation’ in full as their affiliate so they are counted as our citizen,” Deputy Chief Bryan Warner said. “This is so important for the Cherokee Nation. Ten years ago when some of our communities were under-represented, we lost out on several grant opportunities and community enhancement initiatives. This year, let’s commit to being counted for the benefit of all of our families.”

Information submitted as part of the 2020 Census is confidential and protected by federal law, and will not impact tribal citizens’ housing, income or custody arrangements.

For more information on the 2020 Census, contact Gene Perry, the Cherokee Nation Complete Count Committee chair, at (918) 430-3488 or visit census.cherokee.org beginning in February. More information is also available at 2020census.gov.