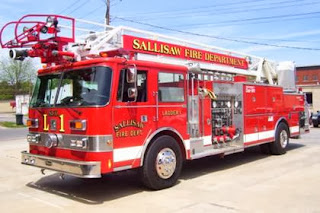 At around 9:30 a.m. Friday morning, the Sallisaw Fire Department responded to a fire at Ramm's Mobile Home Park in Sallisaw.  A mobile home on the east side of the mobile home park, facing the Cherokee Casino, caught fire.  The mobile home was burned on the backside of the structure.  The cause of the fire is unknown at this time.

For more stories visit us at www.kxmx.com
Posted by News Team at 9:55 AM No comments: 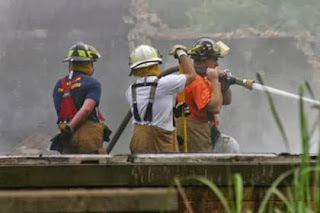 (Muldrow)- At approximately 11:31 am on Friday, September 20th, Muldrow Fire Department responded to a dispatch call for a vehicle fire.  The fire was located at 507 Southwest 4th Street in Muldrow.  According to reports, the vehicle was fully engulfed in flames and was located next to a structure. Firefighters extinguished the blaze quickly.

For more stories visit us at www.kxmx.com
Posted by News Team at 2:33 PM No comments:

Power Outage due to Fire at Marble City Substation 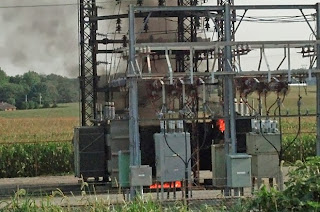 (Marble City)- An electrical power outage occurred at approximately 7 am on Friday, September 20th, due to a substation fire.  According to a spokesperson with Cookson Hills Electric Cooperative the cause of the fire was due to a pole catching fire at the Marble City electrical substation.  The fire continued to burn causing major damage to equipment. The substation is located just west of the community. The outage affected residents in Marble City, Brushy, Dwight Mission, Pinhook Corner and other areas north of Sallisaw.  Utility workers worked for several hours to restore the power.
Posted by News Team at 11:27 AM No comments: 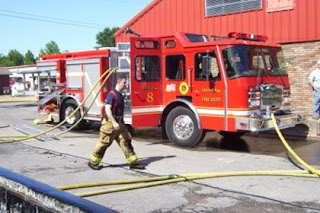 Last week, Sallisaw Fire Department responded to a fire at Don's Mobile Homes.  The fire was coming from a shop located in the back left corner of the business.  The shop contained vehicles and equipment, all of which could possibly have started the fire.

Sallisaw Police Department and the McKey Fire Department, along with the Oklahoma Highway Patrol were on hand, working hard to help with directing people out of the area safely and carefully.  No injuries were reported.

The Sallisaw Fire Department worked for over an hour to contain the fire.  They were still trying to discover the cause of the fire.

For more stories visit us at www.kxmx.com
Posted by News Team at 12:13 PM No comments: 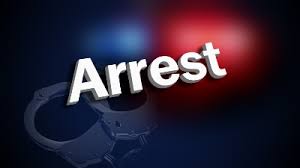 Earlier last week, a Sequoyah County mother was arrested after her baby was left in a hot vehicle outside of the Walmart store in Sallisaw.  Christine Danielle McFarland, 25, is now facing a child endangerment charge, according to Police Chief Shaloa Edwards.

A call was made to the police department when a customer heard the 1 1/2 year-old girl crying in the car, Edwards said.  He believes the baby was in the vehicle for 30-40 minutes.  The baby was taken to a local hospital and is expected to be ok, according to Edwards.  McFarland told police she was preoccupied, however Edwards said she did take her four-year-old child into the store with her.

The Department of Human Services is now investigating the incident.  Temperatures reached a high of 98 in the River Valley that day.

Edwards said McFarland was arrested back in December for allegedly not putting one of her children in school.

For more stories visit us at www.kxmx.com
Posted by News Team at 9:52 AM No comments: 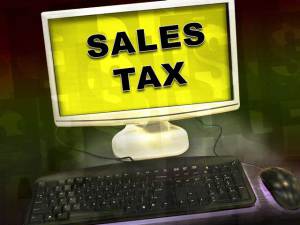 The new half-cent sales tax for Phase 1 of the new sports complex will become effective on October 1, 2013.

The sales tax will be dedicated to the construction of the first phase of the facility which will include utility extensions, four baseball fields, four softball fields, fencing, lighting, parking, concessions and restroom buildings. Cost estimates of Phase 1 are around $4.8 million.  The complex should be ready for play by the Spring of 2015.

Businesses in Sallisaw will be notified by the Oklahoma Tax Commission as to the official start date of the tax.