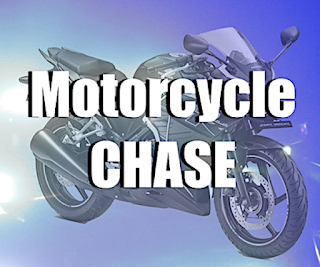 A Muldrow motorcyclist who tried to evade a traffic stop was arrested March 19 and charged with several counts, including a felony, court records show.
Caleb Jayden Plank, 28, was charged with endangering others while attempting to elude a police officer, a felony that carries a penalty of one year in prison and a fine of up to $5,000. He also faces two misdemeanor counts of possession of a controlled dangerous substance, as well as misdemeanor charges of unlawful possession of drug paraphernalia and driving with a suspended license.
On March 19, a Sequoyah County Sheriff’s deputy was patrolling U.S. Highway 64 near Dyer Boulevard when he spotted a white motorcycle headed westbound on 64. The deputy was unable to see whether the bike had a license plate, so he turned around to take a closer look. When he caught up with the motorcycle, the deputy saw that it had a license plate but he couldn’t read the state or the plate’s number.
The deputy then pulled in behind the motorcycle as it was turning onto Sequoyah Street in Muldrow from Highway 64. The motorcycle sped up and began passing vehicles in a no-passing zone, prompting the deputy to activate his emergency lights and siren. The motorcycle continued traveling westbound on Sequoyah at about 80-90 mph and failed to stop at the sign at Highway 64B and Sequoyah.
With his vehicle reaching up to 113 mph, the deputy pursued the motorcycle, with the suspect still pulling away. The bike continued traveling westbound until it came back out onto Highway 64, turned back east onto the highway and continued until it reached Redland Road, then turned north onto Redland.
Headed north on Redland until he hit Black Jack Road (East 1092 Road), Plank then turned back east, still driving at a high rate of speed.
The deputy lost sight of the motorcycle near Black Jack Cemetery, but he was alerted by dispatch that callers had said the bike had stopped in the vicinity of 1086 Road.
An Oklahoma Highway Patrol trooper came on to assist in the search and the officers discovered the motorcycle behind a residence on S. 4720 Road. Dispatch then received a call stating that the suspect had fled into the woods and was hiding in a nearby creek. The trooper went to search for the suspect while the deputy searched the motorcycle for evidence.
During his search of the motorcycle, the deputy discovered a large Ziploc bag with a green, leafy substance in it, a black box with a small Ziploc bag holding a white, crystal-like substance and a green glass pipe with a burned residue on it.
The trooper found and arrested Plank, who had four outstanding arrest warrants.