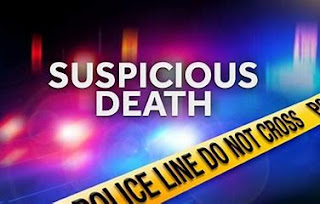 Authorities are investigating the death of a 52-year-old man that occurred in Gans Tuesday evening.

The Sequoyah County Sherriff's office originally received a call about an alleged domestic disturbance at 102 Gin Street in Gans from a neighbor, according to Sequoyah County Sheriff Larry Lane. The report was of yelling coming from the residence. The neighbor called back within minutes and reported that there was a "guy laying behind the house." When deputies arrived the man was found to be deceased.

"The Sequoyah County Sheriff's office along with the Oklahoma State Bureau of Investigation are currently working the scene," said Lane.

The body of the deceased will be sent to the medical examiner's office to determine the cause of death. The victim's identity is not being released at this time.