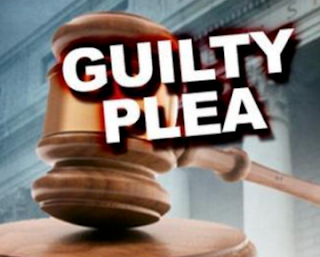 The U.S. Attorney’s Office for the Eastern District of Oklahoma announced that Robbie Lee Holmes, age 31, of Bunch, Oklahoma entered a guilty plea to Drug Conspiracy punishable by not less than 10 years and not more than life imprisonment, a fine up to $10,000,000.00, or both.

The Superseding Indictment alleged that beginning in or about September 2017, the exact date being unknown to the Grand Jury, and continuing up to and including the date of the Superseding Indictment, within the Eastern District of Oklahoma and elsewhere, the Defendant, did knowingly and intentionally conspire, confederate and agree with others known and unknown to the Grand Jury, to commit offenses against the United States.

The Honorable Steven P. Shreder, U.S. Magistrate Judge in Muskogee, accepted the plea and ordered the completion of a presentence investigation report.