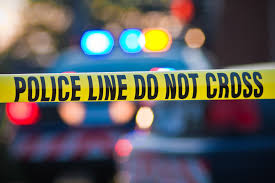 The Oklahoma Bureau of Narcotics (OBN) today arrested the owner of a medical marijuana dispensary in Spiro for selling methamphetamine out of the store to undercover Agents. OBN Spokesman Mark Woodward says agents also served an Emergency Suspension Order shutting down the business.

“On two separate occasions, our undercover agents have recently purchased meth from the owner of ‘Left Handed Okies’ dispensary in Spiro. Both of the transactions took place inside the dispensary office, " stated Woodward.

Peregrino was booked into the LeFlore County Jail where he faces two counts of Trafficking Methamphetamine.

OBN Agents also took custody of the marijuana products inside the dispensary. The LeFlore County District Attorney’s Office and the District 16 Drug Task Force assisted OBN in the investigation.