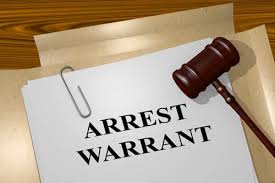 A felony arrest warrant was issued July 2 for a Muldrow man accused of assault and battery with a dangerous weapon.

Jonathan Wayne Lowder, 33, faces up to 10 years in the State Penitentiary on the assault charge. He was also charged with threatening to perform an act of violence, a misdemeanor.

According to a police report, on June 1, a Muldrow police officer was dispatched to 504 SW 1st St. in reference to a disturbance between Lowder and Daniel Nance.

Nance had called police and said Lowder was in his front yard with a crowbar, threatening him, but when police arrived, Lowder was gone.

Nance said he knew Lowder from school. He told police he was walking that morning for exercise when Lowder began to harass and threaten him and allegedly attempted to run Nance over with a red pickup.

Nance told Lowder he was calling police, prompting Lowder to leave. Nance then took officers to a residence on North Durant Street, where Lowder lives.

A female answered officers’ knock at the door and told officers Lowder was at work. Lowder later called the police station and said he had been at work all day and hadn’t seen Nance in weeks. Officers told Lowder several people in the neighborhood had seenAs him driving in the direction of Nance’s residence in a red truck, spinning his ties and then stopping at Nance’s. Lowder said those witnesses must have been lying.