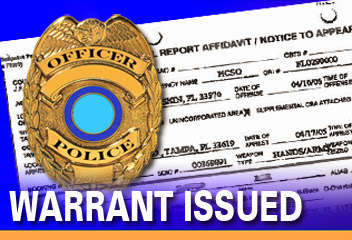 A bench warrant was issued Monday for a Muldrow man accused of stealing a television from a Sallisaw motel. James W Shelly, 30, was charged July 11 in Sequoyah County District Court, Sallisaw, with grand larceny. According to the officer's report, Shelly took a 32 inch television from a Sallisaw motel room on March 2. The manager of the motel showed the officer surveillance video of Shelly leaving the rented room with a television, and that the television had been broken off its support. A $5,000 bond instruction was filed with the arrest warrant. By Sally Maxwell, Senior News Director