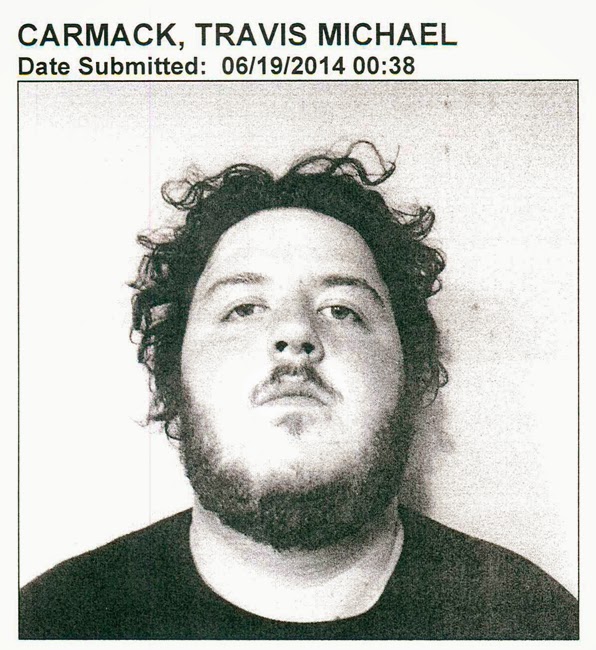 Two men from Arizona were arrested after an Oklahoma Highway Patrol trooper stopped them on Interstate 40 for speeding, then found 178 pounds of green, leafy substance in their car. The leafy substance tested positive for marijuana. Travis Michael Carmack, 23, of Deey, Ariz., and Daniel Anthony Castillo, 37, of Phoenix, Ariz., were both charged June 25 with trafficking in illegal drugs. The trooper stopped the pair on Interstate 40, near Mile Marker 306, after clocking their car at 75 miles per hour.The driver, Carmack, said his cousin's girlfriend leased the vehicle and he was on his way to his grandmother's funeral. After Carmack and Castillo gave permission to search the car, the trooper found several cellophane wrapped bundles of green, leafy substance in the car's trunk. Both men were arrested for trafficking in marijuana, and both were charged June 25 in Sequoyah County District Court, Sallisaw, with trafficking in illegal drugs. Both are free on bond. Story written by Sally Maxwell, KXMX News Director.