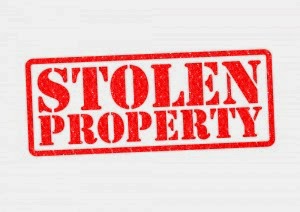 An arrest warrant was issued Monday for a 48-year-old Alma, Arkansas man for knowingly concealing stolen property. Floyd Daniel Goodwin was charged July 11 in Sequoyah County District Court, Sallisaw, for knowingly concealing stolen property. According to the report filed by the sheriff's investigator, a Roland man reported on October 18 that he had several items missing from his shop - an outboard motor, eight feet of pipe, a lawn mower blade and a tractor battery, for a total loss of about $1,810. The investigator found the items were taken to a metal recycling facility in Fort Smith, and were not retrievable. Personnel at the recycling center reported Goodwin sold the items to the facility on October 14. An arrest warrant was issued for Goodwin on Monday, and his bond was set at $5,000. By Sally Maxwell, Senior News Director