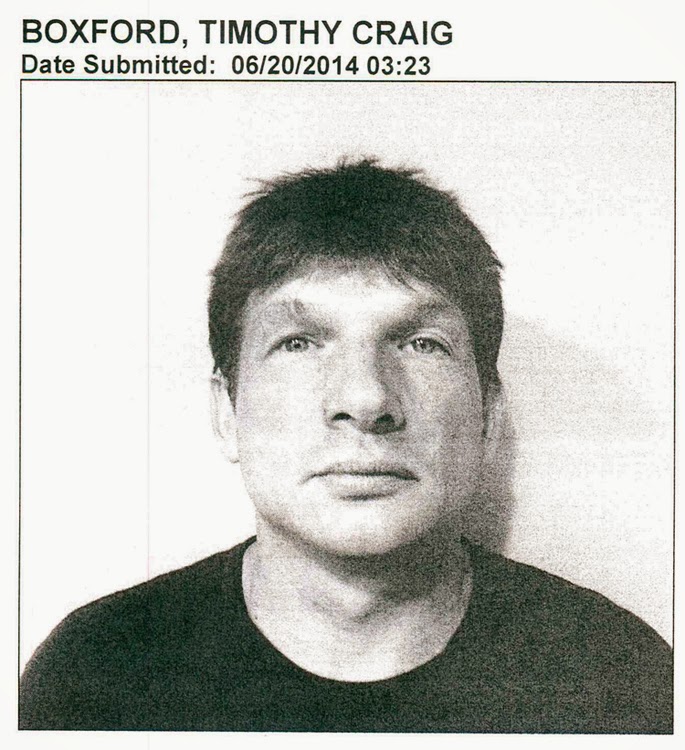 An Oklahoma Highway Patrol trooper confiscated about four pounds of methamphetamine after stopping an Oklahoma City man on Interstate 40. The trooper reported stopping Timothy C. Boxwood, 42, of Oklahoma City on June 20 for driving 76 miles per hour in a 70-miles-per-hour zone. The trooper reported Boxwood's driver's license was expired, and when the trooper asked to search the vehicle, Boxwood refused. The trooper then asked if his dog could sniff the car, and was told he could. The trooper reported his narcotics detection dog alerted and indicated the odor of drugs was coming from the car. The trooper then searched the vehicle. He reported finding several glass smoking pipes and a green plastic container with a crystalline substance under the driver's seat, and more of the substance and a bundle of money in the center console. Two more plastic freezer bags of the substance were found in the trunk, along with a crystalline substance wrapped in cellophane and tin foil. The substances, a total of about four pounds, tested positive as methamphetamine. Boxwood was formally charged in Sequoyah County District Court, Sallisaw, with trafficking in illegal drugs, on June 25, and he entered a not guilty plea on the same day. His next court appearance will be on Aug. 8 on Judge Larry Langley's disposition docket.