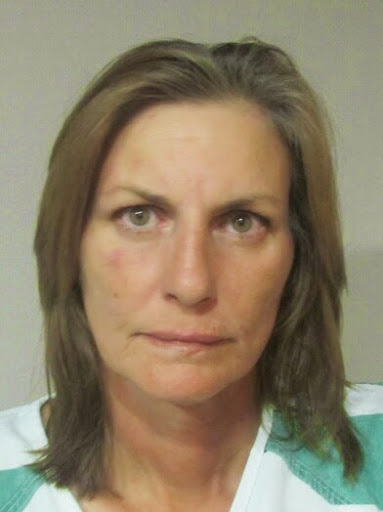 A 47-year-old Sallisaw woman faces drug and resisting charges in Sequoyah County District Court. Sandra Gene Millard was arrested July 8, and charged July 18 in district court with possession of a controlled dangerous substance, unlawful possession of drug paraphernalia and a misdemeanor charge of resisting an officer. According to the information filed with the charges by the Sallisaw police officer, Millard was found at a business on Sallisaw's west side sitting on the ground next to a pickup truck. When the officer asked Millard for identification, she got in the truck, but the officer saw she was trying to hide a plastic bag that appeared to contain a white powdery substance. The officer ordered Millard out of the truck, but she would not comply. He reported he assisted her out of the truck and he tried to take the plastic bag from her, but she stuffed the bag in her mouth. She also began trying to escape the officer's grasp. The officer reported he feared if she swallowed the bag, she might overdose on what was possibly methamphetamine. He continued to try to get the bag away from Millard. During the struggle, he reported, she spit the bag out three times, but stuffed it back in her mouth each time. She finally spit the bag onto the ground when he applied a pressure point to her nose, he reported. Millard was taken into custody when two other officers arrived to assist. Story by Sally Maxwell, Senior News Director