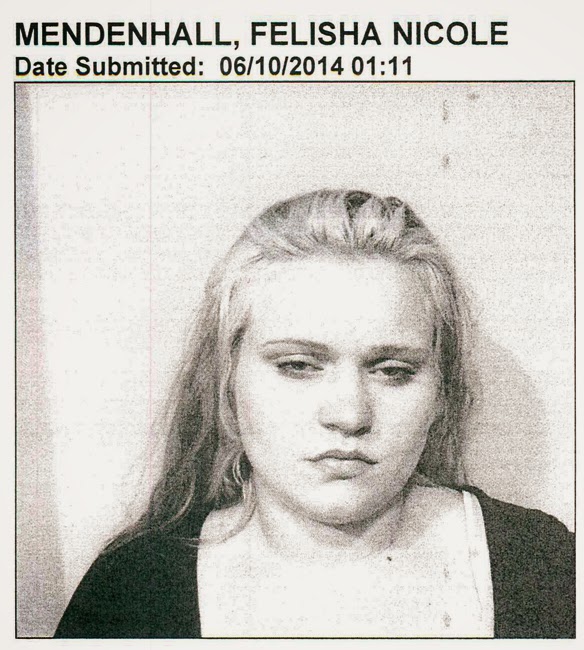 A 20-year-old Seminole woman faces a stolen property charge in Sequoyah County District Court, Sallisaw, after she was stopped in Sallisaw in a vehicle reported stolen in Adair County. Sallisaw police reported stopping the vehicle, a 2001 four-door Buick reported stolen on June 9, because one head light was not working and the vehicle matched the description of the one stolen. Felisha Nicole Mendenhall was a passenger in the Buick, and told the officer that her mother gave her the vehicle, and it wasn't stolen. Both Mendenhall and the male driver were arrested, but the driver said he had just met the girl and did not know about the car. Mendenhall was charged with knowingly concealing stolen property on June 25, and entered a not guilty plea at her arraignment the same day. The case is on Judge Larry Langley's disposition docket Aug. 6. By Sally Maxwell, Senior News Director.