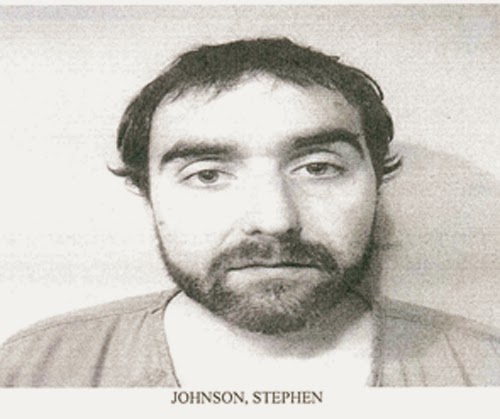 A 30-year-old Oklahoma City man, Stephen Dale Johnson, allegedly resisted arrest by a Gore police officer on June 7, and ended up in the county jail. Johnson was charged in district court in Sallisaw with resisting an officer, possession of a controlled dangerous substance, a misdemeanor, and bringing contraband drugs into jail. According to the Gore officer's report, he stopped a blue van on June 7 because the driver was going left of center on State Highway 100. Johnson was a passenger in the van, and the officer asked him to step out so the officer could inventory the van. That's when he found a green ball of leafy, green substance that proved to be marijuana. The officer reported he walked toward Johnson, who "began to walk backward into the highway." The officer asked him to stop, but Johnson "continued to back peddle toward the opposite side of the highway." According to the officer's report, he grabbed Johnson by the arm, and Johnson screamed, "Get the ____ off me!" The officer took Johnson to the ground, where Johnson allegedly continued to resist. The officer then drew his Taser, and Johnson stopped resisting. Later, at the county jail, according to the report, the officer asked both the driver and Johnson if they had any contraband, and both said no. However, the booking officer found two buds of marijuana in Johnson's left front pocket, which led to the contraband charge. At his arraignment on June 18 in district court, Johnson pleaded not guilty to the charges. He is free on a $12,500 bond. His next court date is on Aug. 6 on Judge Larry Langley's disposition docket. Stay tuned to KXMX or visit www.kxmx.com for the latest news. By Sally Maxwell, Senior News Director