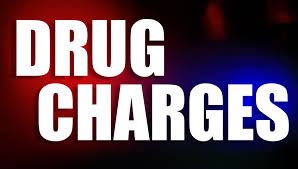 An Aug. 16 arrest for an outstanding warrant led to additional charges for a Vian man.

In addition to the warrant, Mark Anthony Shade, 44, now faces a felony charge of bringing contraband into a jail facility and possession of drug paraphernalia, a misdemeanor.

When a Sequoyah County Sheriff’s deputy arrested Shade, the deputy searched him and found a black zip-up case containing a glass smoking pipe and a small, clear plastic bag with a crystalline residue inside it.

The deputy then asked Shade if he had anything else on him, to which Shade replied that there may be something in his pack of cigarettes. A further search uncovered a 3-inch-long plastic straw inside the pack that also held a crystalline substance inside.

When Shade was transported to the Sequoyah County Jail, the deputy warned Shade that if he brought any drugs with him into the jail he would be charged with a felony. The deputy then asked Shade one more time if there was anything else on him, but he insisted that he had nothing.

The felony contraband charge is punishable by imprisonment in the State Penitentiary for 1-5 years, or a fine of up to $1,000, or both.

The paraphernalia charge is punishable by up to one year in prison or a fine of up to $1,000, or both.