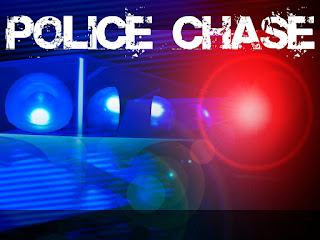 An area man who reportedly tried to run from law enforcement Aug. 14 was charged with two felony counts, records show.

James Wesley Kelley III, 46, was charged with endangering others while eluding/attempting to elude a police officer and driving a motor vehicle while under the influence of drugs, according to a report.

An Oklahoma Highway Patrol trooper reported that he was stopped and facing south on State Highway 64D north of R&S Salvage when a gray Dodge Challenger raced past. Radar clocked the vehicle at 101 mph.

When the trooper pursued the car, it began to speed up, reaching about 130 mph. The car then reportedly began passing vehicles in a no-passing zone, nearly hitting a tractor-trailer head-on. The car continued north on highway 64D, heading into Arkansas.

The officer continued his pursuit as the car entered Interstate 40, where it reached speeds of up to 140 mph.

As the vehicle approached Mile Marker 3, it slowed a bit, then took the exit there. The car turned left at the bottom of the exit ramp and traveled north toward Dora Road, then proceeded up a private driveway, which was a dead end.

As the trooper pulled in beside the Challenger, Kelley reportedly jumped out and ran into a heavily wooded area. Another trooper with a K-9 officer began to try to track the man, who was wearing a white T-shirt and brown khaki pants.

A short time later, Van Buren police officers and Arkansas State Police spotted a man wearing the same outfit walking in a nearby neighborhood. When a Van Buren officer approached Kelley, he did not resist arrest.

When officers interviewed him, Kelley began to apologize “for running from you, sir.” Reports showed that the man had extreme eye tremors and was unable to touch his nose with his index finger when asked twice. Kelley agreed to take a drug test, but told officers that “I may not pass the test. I have been doing meth,” and said he had last used the drug the night before.

When told he would face two felony charges, Kelley said, “That’s fine, I just want this s*** over with.”