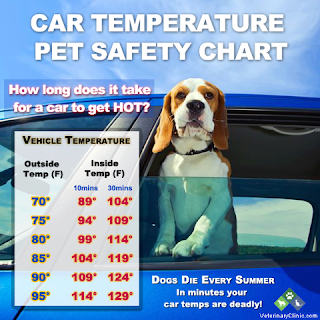 Within the past week, the Sallisaw Police and Animal Welfare departments have responded to two separate incidents in which pets were left in hot cars.

Randy Freeman, Sallisaw’s animal control officer, said that while the dogs were saved in time, it could just as easily have been a lot worse. The animals are now recovering and are expected to have no further health issues caused by the extreme heat.

The pet owners were cited for animal cruelty.

Freeman urges people to leave their pets at home during hot weather, noting that it takes less than 10 minutes for the temperature inside your car to rise above 110 degrees. Animals left in that kind of heat quickly become dehydrated and can begin having seizures.

If your pet is found inside your car, you will be charged with animal cruelty and fined $845.

Keep your pets safe during this heat wave by keeping them inside if possible, or make sure outside animals have plenty of shade and water.

To avoid this situation, Freeman says, “Please, just leave your dogs at home.”