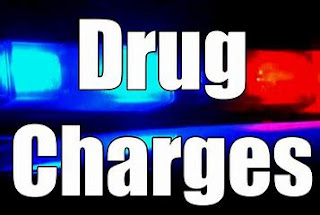 A Sallisaw woman was charged with unlawful possession of a controlled dangerous drug with intent to distribute.
According to records, a July 17 welfare check led to the arrest of Tonya Renee Smith, 49. The welfare check was in reference to a minor child at the residence because of alleged methamphetamine use in the home. Smith is the child’s mother.
When the Sequoyah County Sheriff’s deputy arrived at the home he told Smith that the Department of Human Services needed to speak with her.
The arrest report shows that Smith became extremely restless and very talkative and had uncontrollable body tremors, all indicators of meth use, the deputy said.
Smith allowed the deputy to search the home, and admitted there was marijuana and drug paraphernalia in her bedroom, which she gave to the officer.
A purse on Smith’s bed led to the discovery of a zippered pouch containing a small plastic baggie with a clear, crystal-like residue inside. Also inside the pouch was a black glasses case that contained two used hypodermic needles, the report showed. The deputy also found a set of black digital scales.
When the officer subsequently arrested Smith, she told him that she had more meth inside her bra. She then removed a yellow container from her bra that also had a clear crystalline substance inside. She then told the deputy that she steals the meth from the house in front of hers “to sell it and make some money to buy a car to get away from here.”
A field test of the substance was positive for meth. The green, leafy substance found in Smith’s bedroom tested positive for marijuana. The drugs were sent to the Oklahoma State Bureau of Investigation for further testing.
Smith and her child were then driven to the Sequoyah County Sheriff’s Department where a DHS worker took custody of the boy and released him to his sister.
Smith was then booked in the Sequoyah County Jail and charged with felony drug possession and a misdemeanor count of possession of drug paraphernalia. Her next court appearance is at 9 a.m. Sept. 4.
The felony drug possession charge carries a punishment of imprisonment in the Department of Corrections for up to five years and a fine of up to $20,000. The misdemeanor is punishable by up to a year in prison and a fine of up to $1,000, or both.