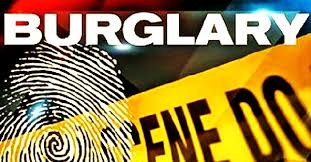 Police say that on the night of July 16, Allen and three alleged co-conspirators went to a rural Sequoyah County home owned by Stephen Fowlkes.

When Fowlkes discovered the theft, he told police that a large Dewalt commercial radio, a diamond horseshoe-shaped ring and other items had been stolen, as well as an old wallet containing several credit cards that had been in Fowlkes’ truck.

On July 17, police reports indicate that Allen and two other accomplices went to the Walmart on Zero Street in Fort Smith, where they bought two cell phones and three cards for putting minutes on the devices. The items were paid for with a Discover card belonging to Fowlkes.

Closed-circuit footage from the store showed the three inside the store. Walmart also gave police the receipts for the purchases.