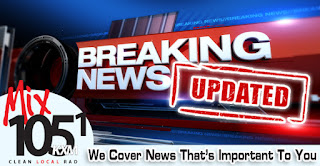 A rural Gore man, found shot in the stomach early Thursday, died during surgery in a Tulsa hospital, and authorities were questioning his wife Thursday afternoon.

Sheriff Larry Lane said Joshua Lee Tucker, 33, died at St. John’s Hospital in Tulsa while in surgery. He was found at about 7 a.m. Thursday in a neighbor’s driveway on State Highway 100 north of Gore. He was then flown to the Tulsa hospital.

Lane said, “We don’t know if it was suicide or something else.”

Lane said Tucker was shot once in the stomach. His body was sent to the state medical examiner’s office.

“She was at work at the casino in Sallisaw at the time,” Lane explained.

Lane said little is known about the shooting so far because the investigation has just begun. Investigators have searched the Tucker home and were questioning neighbors, he said.