The Sequoyah County Sheriff’s Office has yet to release the name of a deputy stabbed by a Muldrow man who he was sent to arrest but has confirmed that the deputy is at home recovering from his wounds. The deputy was reportedly stabbed multiple times in the arm and chest, one of which went through his vest and between ribs.

“It was very close,” Lane said. “A few more millimeters and it could have got an artery.”

As is required by law, the deputy has been put on administrative leave while the shooting is investigated by the OSBI. Lane confirmed the deputy shot the suspect who was attacking him.

The deputy and a Muldrow police officer went to Trammell’s residence at 10th and Enid Streets in Muldrow to serve an arrest warrant for Trammell. Trammell was wanted for forgery, from a case filed earlier in Sequoyah County District Court in Sallisaw, child support, and for being out of compliance with the sex offender registry. He had not reported his address as is required.

The two police officers searched the residence, and found Trammell hiding in a pile of clothes. Trammell reportedly jumped out from underneath the clothes and attacked the deputy. During the scuffle Trammell was shot by the deputy in self-defense.

A Muldrow officer drove the deputy to the hospital after the incident where he was treated and released. 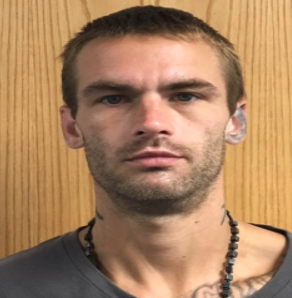