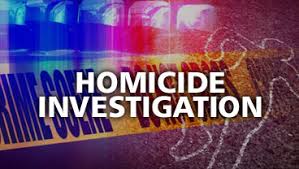 The shooting death of a rural Gore resident is being investigated as a homicide, said District Attorney Jack Thorp on Friday.

Joshua Lee Tucker, 33, died at St. John’s Hospital in Tulsa while in surgery. He was found at about 7 a.m. Thursday in a neighbor’s driveway on State Highway 100 north of Gore. He was then flown to the Tulsa hospital.

Thorp said, “It is being investigated as a homicide because no gun was found.”

Sheriff’s investigators searched the Tucker home and surrounding area and Sheriff Larry Lane said Thursday that no gun was found.

Thorp said it was not yet known what kind of gun shot Tucker. He said investigators will have to wait on the medical examiner’s report.

Lane said little is known about the shooting so far because the investigation has just begun. Investigators were also questioning neighbors, he said.