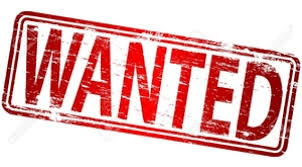 A warrant was issued Sept. 3 for an Arkansas man who allegedly stole a vehicle belonging to Sequoyah County.

Records show that Thomas Boster, 29, of Van Buren was charged with larceny, a felony.

A Roland Police Department investigator was called to a parking lot near the El Celaya restaurant in Roland regarding the stolen vehicle, a white 2010 Ford with an Oklahoma license plate.

The report shows that the truck belonged to District 1 of Sequoyah County.

The original report states that Paul Moreland, a District 1 employee, notified officials about the theft. The worker who was driving the truck said he had placed the truck’s keys under the center console when he exited.

Two Dollar General employees told officers that they saw the person who stole the truck and watched him drive away.

One of the witnesses described the man as white, with curly hair and lots of tattoos. They said the man entered the store acting “weird” and kept asking people if he could use their phones to call his mother.

When the man left the store, he allegedly reached into the four-door truck as if he were trying to retrieve something from inside it. He then opened the truck’s door and drove off, heading toward Arkansas.

The officer learned that a man matching the witnesses’ description was released from jail earlier in the day. He was identified as Thomas Levi Boster.

The larceny charge is punishable by imprisonment in the Department of Corrections for up to five years, a fine that is equal to three times the value of the property that was stolen, or both.