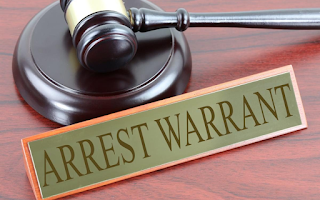 An arrest warrant was issued Aug. 29 for a Muldrow man who allegedly damaged a vehicle during an argument.

A Muldrow Police Department report shows that Trent Dean Pedon, 31, was charged with malicious injury to property (more than $1,000), a felony.

On Aug. 20, police were called to a home inside Muldrow city limits regarding the situation. A woman told the officer that Pedon had been asked to leave the residence, but he came back demanding a chainsaw. Before leaving the home, Pedon reportedly threw a drink at the woman, who also told police Pedon wanted her to take him to get drugs but she refused.

Pedon then allegedly picked up a landscaping brick and smashed the windshield of a pickup. He then took the chainsaw blade and rammed it into the extended cab window on the passenger’s side before leaving the scene on foot.

A check of Pedon’s record revealed that he had been on probation since February. He has not been located at this time, the report shows.

Pedon’s charge is punishable by imprisonment in the State Penitentiary for up to two years, a fine of up to $1,000, or both. Bond was set at $2,500.