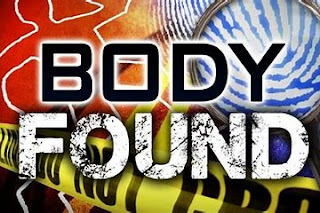 Charles House, public information officer with the Sequoyah County Sheriff’s Department, said Thursday that about 8:30 p.m. Sunday, the walkers initially found some discarded clothing. As they walked on further they could smell a foul odor that prompted them to call the sheriff.

House said the body has not been identified at this time. It was sent to the State Medical Examiners’ Office for identification.

The officer said there is no indication right now that the remains may be those of David ‘D.J.’ Johnson Jr., 38, of Vian, who was reported missing Aug. 31.

Johnson’s father, David Johnson Sr., reportedly offered money for those who were willing to walk the creek beds on both sides of town looking for his son.

One of Johnson’s family members reportedly found a shoe thought to belong to the missing man. That discovery prompted searchers to focus on the creek bed.

House said Sheriff Larry Lane and investigators are currently at the scene looking for any clues.