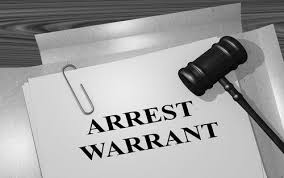 An arrest warrant was issued Sept. 4 for a man who fled from Sequoyah County Sheriff’s deputies, records show.

Jackie Shane Haneberg, 27, of Muldrow was charged with endangering others while eluding or attempting to elude police officers after an attempted traffic stop went awry.

Records reveal that on Aug. 28, a deputy saw a gray Ford Ranger pickup cross the center dividing line. A call to dispatch showed the truck had an expired tag and canceled insurance. When the deputy activated his emergency lights, the pickup reportedly sped off heading east. The vehicle ended up driving through a residence’s yard and entered a wooded area, where it became stuck in a ditch.

The driver, a white male wearing a white shirt and blue jeans with dark-colored hair and tattoos on his arms, jumped from the truck and fled on foot.

Deputies positively identified the driver of the Ford Ranger as Haneberg.

No bond has been set at this time.