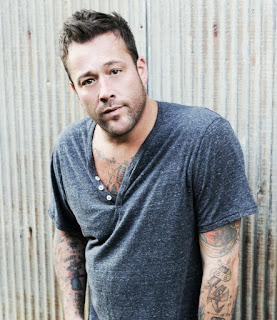 Uncle Kracker brings his larger-than-life party to Lee Creek Tavern for a
free show on Sept. 26 at Cherokee Casino and Hotel Roland.

Uncle Kracker has always followed one philosophy – to have fun. And recently, the musician, rapper and singer-songwriter has been having more fun than ever on his 2019 tour. On Sept. 26, he performs a free show at Lee Creek Tavern, located inside Cherokee Casino and Hotel Roland.

His passion for making sure concertgoers leave with a smile on their face has served him well over the years. After vaulting to stardom as a charismatic presence and chief collaborator in Kid Rock’s Twisted Brown Trucker Band, the Michigan performer, also known as Matthew Shafer, kicked off a stunning solo career of his own.


His 2000 major label debut, “Double Wide,” was fittingly propelled to certified RIAA double-platinum and delivered the Billboard No. 1 smash hit “Follow Me.” The follow-up album, “No Stranger To Shame,” was released in 2002 and went RIAA gold. The second record spawned cross-format hits, including “In A Little While” and the powerful cover of Dobie Gray’s “Drift Away,” which set a Billboard record for most weeks at No. 1 on any chart.

In 2004, Uncle Kracker joined forces with country music’s Kenny Chesney for “When The Sun Goes Down,” a single which spent five weeks at No. 1 on Billboard’s Hot Country Songs Chart, further confirming its RIAA platinum certification.

Uncle Kracker’s most recent fun-loving single, “Floatin’,” along with an accompanying music video, was released in mid-2018.