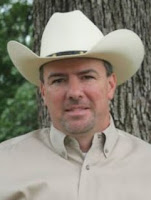 Sequoyah County Sheriff Larry Lane has placed himself and Chief Deputy Charles House on administrative leave while the Oklahoma State Bureau of Investigation (OSBI) looks into a fatal shooting Wednesday at the McDonald’s restaurant in Sallisaw.

Anytime a member of the law enforcement community is involved in a shooting incident it is normal protocol for them to be placed on administrative leave and an investigation into the shooting to be conducted.

Lane has confirmed that he is the officer who fired the shot that killed the fugitive, James “Jamie” Huskey, 45. Huskey was fleeing from Fort Smith police after an alleged altercation early Wednesday with his sister, who was later hospitalized. He was also wanted in Texas for a sexual assault investigation.

Huskey apparently left his vehicle at a motel in Sallisaw then walked to McDonalds, where he was shot by Sheriff Lane after firing at the officers.
“First off, I want to thank God for being with me and Charles House yesterday, the situation could have easily turned out much worse with the large crowd being in the restaurant. Secondly, ... I cannot do an interview until the OSBI has completed their investigation. I have placed myself and Chief Deputy House on administrative leave, Undersheriff Greg Cox will handle administrative duties until we return. Thank everyone for their call, texts, messages and prayers,” stated Lane.

The OSBI also released an official statement regarding the shooting and their role in the investigation. “OSBI special agents are investigating an officer-involved fatal shooting in Sallisaw. The Sequoyah County Sheriff’s Department requested OSBI investigate. The officers, searching for the suspect, located him inside the McDonald’s restaurant at 1006 S. Robert Kerr Blvd just before 2 p.m. As the officers approached Jamie Huskey, 45, he refused to show his hands from under a table. The officers were in close contact when Huskey fired one shot from under the table. One of the officers fired a shot back, mortally wounding Huskey. He was transported to a local hospital where doctors pronounced him dead. Huskey was wanted for questioning relating to an incident of domestic violence involving a firearm earlier in the day in Fort Smith, Ark. Several OSBI special agents were on the scene collecting information and evidence. Once the investigation is complete, agents will deliver a detailed report to the district attorney. The district attorney will determine if the shooting was justified.”