Gray to Go to Trial 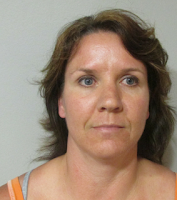 Angela Gray, 42, of Muldrow will go to trial for conspiracy, child endangerment by driving under the influence and selling or furnishing alcoholic beverage to a minor

The charges resulted from a Sept. 1, 2013, ATV crash south of Muldrow that left a young man, Christian Mayberry, 16 at the time, with severe brain trauma.

Gray, her son, Joey, and a friend of his, Kyle Brannon, are all accused of allegedly covering up the ATV crash. They have all entered not guilty pleas to the charges.

Gray’s attorney, Gary Buckles of Poteau, said District Judge Jeff Payton bound Angela Gray over for trial at a hearing Monday. But the trial date has not yet been set.

Gray’s first trial on a separate set of charges related to the same ATV crash ended with a deadlocked jury in 2015.