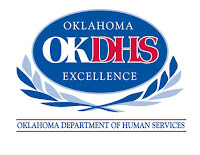 The Oklahoma Department of Human Services announced last week planned reductions totaling about $30 million over the course of the next fiscal year to a number of programs serving vulnerable children and adults.

Those programs include the senior nutrition program which served 64,086 meals in Sequoyah County last year. But local officials are not sure how big a cut their program will take, or how to absorb that cut.

Stacy Turner, director of the Eastern Oklahoma Development District Area Agency on Aging in Muskogee, said she just learned of the proposed cuts on Thursday, and does not yet know how her agency or the Sequoyah County Nutrition program will handle the cuts.

The Area Agency on Aging is the pass through agency through which federal, state and local funds provide resources or referral for older persons, age 60 and older, in the designated planning service area of Adair, Cherokee, McIntosh, Muskogee, Okmulgee, Sequoyah, and Wagoner counties.

Turner is hoping the governor may cancel the DHS cuts in the state budget. She said the cuts to her agency only will be $194,420. Her total budget is $1,497,850 for seven counties.

“Call the governor,” Turner urged. “If enough seniors and concerned people call the governor (Mary Fallin), she has the power to override the budget cuts.”

The Sequoyah County Nutrition Program has a total budget of $396,279 for everything from food to the light bill. Turner said the county director, Ronda Lasiter, will be the one who must figure out how to adjust to the budget cut.

About the whole program, Turner said, “We’ve done our best to absorb the cuts (in past years) the best we can. We don’t have anywhere else to go.”

Turner said she hoped the cuts could be spread out over 12 months. She said the cuts are for the July to June 2017-18 fiscal year, but the cuts won’t go into effect until October.

“Hopefully they can adjust for the cuts the leanest way possible,” she said about the affected nutrition programs.

The Sallisaw Nutrition Program cooks and serves meals through the nutrition sites at Sallisaw, Roland, Muldrow, Vian and Gore. Meals are served in dining halls or are delivered to in-home senior citizens who find it hard or impossible to travel to the sites. One meal a day is served, which may be the only meal some seniors receive.

Turner said the Sallisaw site served 64,086 meals last year, or an average of 5,341 meals per month.

Seniors meals are only one area where the State DHS will be looking to cut.

The list of reductions includes a six-month freeze on new applications for child care subsidies, reductions to certain types of services in the ADvantage Medicaid home and community-based program for seniors, reduced service levels for Medicaid in-home supports for people with developmental disabilities, and a five percent rate cut to foster home and adoption assistance payments.

According to a DHS press release, examples of how these cuts will affect people:

· Approximately 1,000 children and their families each month will be denied assistance by the freeze on child care subsidies. This freeze may also have a significant financial impact on some child care homes and centers around the state that predominantly serve families who receive the subsidy.

· A senior receiving 20 hours each week of personal care services through the ADvantage program may experience the loss of up to 5 hours per week of assistance with bathing, medication assistance and food preparation.

· An adult or child with a developmental disability living at home with his or her family may experience the loss of up to seven hours per week of services. The family still retains choice on what type of services they receive within their approved dollar amount.

Because most of these services are provided through contracts with private agencies, private sector jobs may also be lost as a result of these budget cuts.

The press release also reported DHS will be forced to make more internal administrative cuts which will mean several county office closures and consolidations around the state, and additional reductions to personnel costs, contracts, IT services and training.

"In this most difficult of budget years, we are grateful for the governor's and Legislature's continuing support to the tune of an additional $18 million above our last year's appropriation," said DHS Director Ed Lake. "Unfortunately, the cumulative effects over the past couple of years of several state revenue failure reductions and the necessity of covering additional, unfunded obligations such as growth in adoption assistance payments, and increases in the state's share of Medicaid programs, all add up to a $30 million budget shortfall for us."

Over the past two fiscal years, DHS has been forced to reduce more than $80 million from the agency's operating budget and cut more than 1,200 positions statewide. The prior cuts have been made primarily to administrative expenses in an effort to protect core services.