Names Released of Suspects from Incident at Walmart 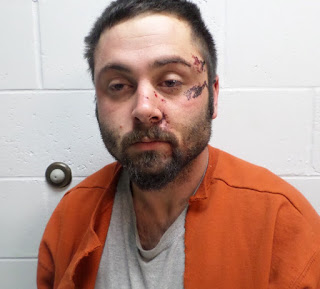 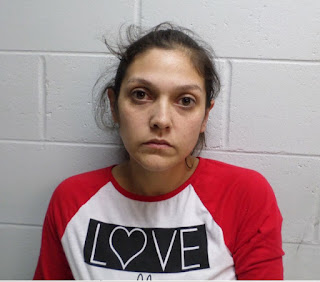 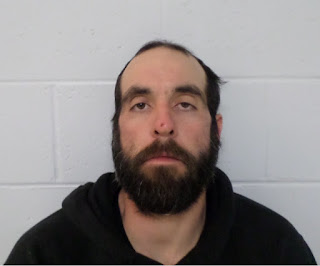 Sallisaw police have released the names of three suspects arrested during an undercover drug operation Sunday evening in the Walmart parking lot in Sallisaw.

Police said when an attempt was made to arrest the suspects, they took off in their car and struck a Sallisaw officer, who fired a shot at the departing vehicle. A short pursuit resulted in the arrest of the three.

Joshua Lee Rose was booked into the Sallisaw Jail for trafficking in illegal drugs, using offensive weapon in a felony, carrying firearms after conviction or during probation and conspiracy.

Crystal Anne Rose was booked into the Sallisaw Jail for trafficking in illegal drugs, using offensive weapon in a felony and conspiracy.

Bryant was booked into the Sallisaw Jail for trafficking in illegal drugs, using offensive weapon in a felony, carrying firearms after conviction or during probation, assault and battery on an officer of the court or witness, endangering others while eluding a police officer, conspiracy and driving while license suspended or revoked.

All three have been transferred to the Sequoyah County Detention Center in Sallisaw.

Sallisaw Police Captain Jeff Murray said the officer struck by the suspects’ car was treated and released at the local hospital.

“He is recovering at home,” Murray said. The officer is Blake Brunk.

The undercover operation was conducted by Sallisaw Police and the Sequoyah County Sheriff’s Office. It was reported that when the officers showed their badges and tried to arrest the suspects at about 6 p.m. Sunday, they sped off in a Chrysler 300 vehicle.

The car hit Brunk in the leg, Murray said.

“He was dragged by the vehicle about 20 to 30 feet,” Murray said. “And when he was thrown free, the car actually started to back up toward him.”

That’s when Brunk and another officer fired at the vehicle. None of the suspects were hit.

Murray explained that it is the policy of police departments to put officers who fire their weapons on administrative leave until an investigation determines if the shooting was appropriate.

Murray said when the shots were fired the suspects drove off into the field behind Arvest Bank and Dr. Jennifer Scoufus’ office east of the Walmart parking lot. They exited the field between the medical office and Heavenly Imaging where they were arrested, without incident, at gunpoint.

Murray said over 28 grams of what is believed to be methamphetamines were confiscated from the vehicle and sent to the Oklahoma State Bureau of Investigation lab in Tahlequah for analysis.

Murray said one of the suspects, Bryant, who was driving the car, had injuries to his face that were thought to have occurred as he drove over the curbs at the parking lot when trying to flee from police. The driver’s window was broken and most likely caused the injuries, stated Murray.