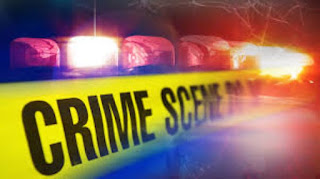 Authorities are investigating a possible double homicide after two bodies were located inside a burning home near Muldrow on Sunday.

Sequoyah County Sheriff Larry Lane stated that deputies were dispatched after being advised by firefighters that two bodies had been discovered as they were working to extinguish the fire.

The body of one male and one female were found in the residence on North Cottonwood Rd between Muldrow and Roland.

Investigators with the Sheriffi's Department and the Oklahoma Bureau of Investigation, fire marshals and the medical examiner all worked the scene after the fire was fully extinguished.

During the preliminary investigation, officials discovered reason to believe there was foul play and that a double homicide had taken place.

Both bodies have been sent to the state medical examiner to determine the cause of death and to determine a positive identification of the bodies, Lane said.