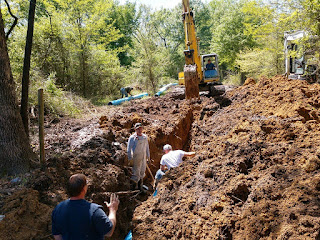 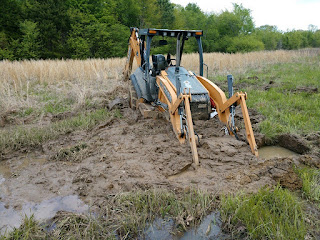 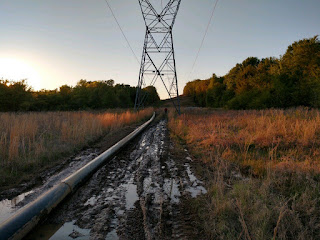 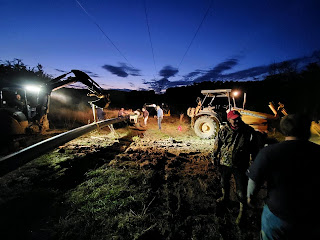 Crews have been working from daylight until past dark
since Monday morning to restore water.


The wait for water is hopefully almost over for Sequoyah County rural water customers affected by the shortage caused by a landslide that destroyed two main water lines north of Vian late Sunday night.

Approximately 2,500 residents were originally affected by the shortage. Crews with the Sequoyah County Rural Water Dept., led by manager Vance Mooney, have been working tirelessly to re-route and replace close to 2,000 feet of line since early Monday morning. A contract crew was also hired to come in and help speed up the project.

Progress has been slowed due to recent heavy rains which have caused extremely muddy conditions.

On Friday morning the crew had reached "the top of the hill", according to Mooney,  where the ground was much drier and progress could speed up.

Mooney stated that they hoped to have all of the lines laid by the end of the day Friday so that they could "start flushing the lines" and restore water to everyone affected.

Water was temporarily re-directed to some homes from different areas of the county when possible. Mooney is hoping that by Saturday morning the project will be complete with water fully restored to all homes.

"For the most part everyone has been very patient and understanding and I appreciate that," Mooney added. "I think they know we've been working as hard as we can."