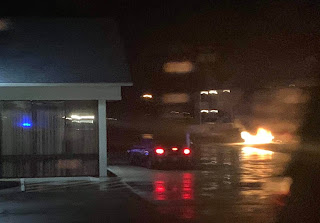 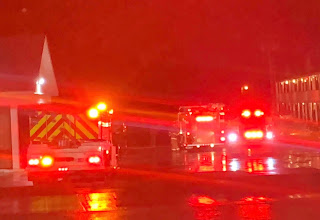 A car fire investigation ended with the arrest of a wheelchair-bound Sallisaw man, according to a police report.

On Jan. 25, the report reveals, several officers with the Sallisaw Police Department were dispatched to the Blue Ribbon Inn, 706 S. Kerr Blvd., in reference to a car fire.

Upon arrival at the scene, officers encountered a vehicle that was fully engulfed in flames. Officers hurriedly evacuated the building and the Sallisaw Fire Department extinguished the blaze.

Witnesses came forward and said they had seen a man in a wheelchair break out a window on a car, then toss something inside. The witnesses said the man rolled away quickly as the fire began.

A motel employee told officers that a wheelchair-bound man was staying in Room 204. Officers went to the room and noticed blood on the doorknob. Worried the man was seriously injured and couldn’t come to the door, they eventually used a baton to break the room’s window.

The man, identified as Rowe, was handcuffed without incident.

Security camera footage from the motel reportedly showed Rowe wheeling himself to the car that was later burned. The video appeared to show Rowe breaking the car’s window, then returning to his room. Minutes later, the footage allegedly shows Rowe wheeling himself back to the car in question and tossing something inside. He then quickly rolled away while looking back at the car.