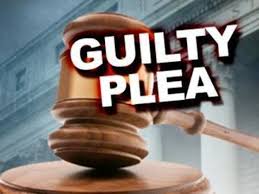 The Indictment alleged that beginning in or about July 2018, and continuing until on or about the 7th day of January, 2019, in the Eastern District of Oklahoma and elsewhere, the defendant, did knowingly and intentionally conspire, confederate and agree with others, others both known and unknown to the grand jury, to commit offenses against the United States, namely, Possession of Counterfeit Obligations of the United States.

The Indictment further alleged that on or about October 9, 2018, in the Eastern District of Oklahoma, the Defendant, did knowingly have in his possession and custody, with intent to sell or otherwise use, a falsely made and counterfeited one (1) fifty-dollar Federal Reserve Note, made after the similitude of obligations issued under the authority of the United States.

The charges arose from an investigation by the Sallisaw Police Department and the United States Secret Service.

The Honorable Kimberly E. West, U.S. Magistrate Judge in the United States District Court for the Eastern District of Oklahoma, in Muskogee, accepted the plea and ordered the completion of a presentence investigation report.