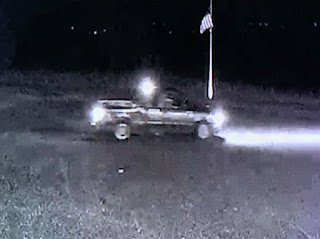 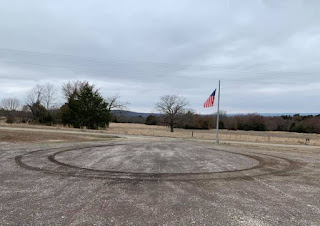 The Maple Rural Fire District is asking for the public's help in identifying vandals that caused damaged in their parking lot on Monday, Feb. 24. According to officials with the station, this is not the first time this has occurred. They stated that there has been repeated damage done to the station over the past six months.

A camera system was recently purchased and installed to help protect the fire department and equipment, according to  Fire Chief Billy Riggs.

Thanks to the new camera system the fire department was able to catch an image of the vehicle the vandals were driving on the night of Feb. 24. The vehicle appears to be a black or dark colored 1993-98 Ford Ranger extended cab. There were two occupants in the vehicle at the time of the incident.  There appears to be damage to the truck bed in front of the passenger rear tire.

"The fire station is most of our home away from home," stated Chief  Riggs. "We take a lot of pride in our fire station and helping our community."