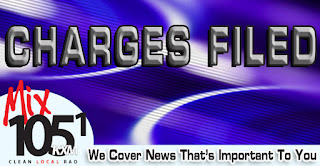 A welfare check ended with the Jan. 25 arrest of a pair of Muldrow residents on child neglect charges.

According to an arrest report, a Sequoyah County Sheriff’s deputy was dispatched Jan. 25 to the Muldrow Police Department to speak with someone about a welfare check.

Upon the deputy’s arrival at the police department, the man requesting the welfare check told the deputy that his sister, Honesty Gail Owens, 37, was injecting drugs into her body at a rural Sequoyah County home while she was in the same room as her son.

A records check revealed that Owens had an outstanding warrant from Sequoyah County.

When the deputy went to the home, Zachary Adam Marchant, 28, answered the door. When he was advised of Owens’ warrant, Marchant allowed the deputy to enter the residence.

The deputy found Owens and her son in a bedroom. Owens was sitting at a counter while the boy played on the bed. While speaking to Owens about her warrant, the deputy noticed a hypodermic needle missing its cap lying on the counter. He also saw a clear plastic bag containing a white, crystallized substance. Both items were in the child’s reach.

When asked if the drugs and the needle belonged to her, Owens said they did, but she later changed her story, saying they belonged to Marchant, her boyfriend, who agreed that both items were his.

Owens and Marchant were arrested and booked into the Sequoyah County Jail. The boy was taken into the custody of the Department of Human Services.

The suspected drugs tested positive for methamphetamine and were sent to the Oklahoma State Bureau of Investigation for further testing.