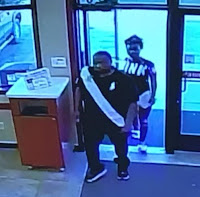 Two suspects believed involved in a car burglary case can be seen
on a surveillance video entering Casey’s. 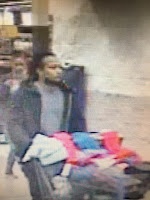 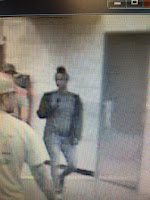 A man and a woman are suspects in a shoplifting case
under investigation by Sallisaw police.

Det. Jeff Murray with Sallisaw police said the suspects in the car burglary case stole a credit or debit card and the card was used almost immediately at Casey’s.