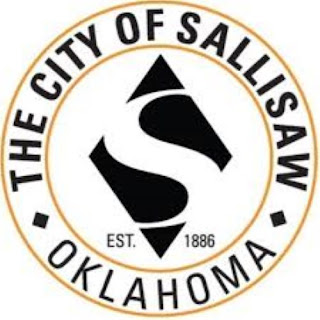 Former Sallisaw Police Lieutenant Billy Oliver was officially terminated on Friday following an almost five month investigation stemming from an arrest made in June. Video of the incident was captured by a Sequoyah County Deputy bodycam.

Oliver was accused of using excessive force during the arrest of Charles Day on June 7. Oliver and other law enforcement officials were responding to a 1 a.m. report of a man with a gun, according to the official police report.

"We were made aware of the allegations and did our due diligence and made the decision to part ways with Mr. Oliver on Friday," City Manager Keith Skelton stated on Tuesday.

Regarding Oliver's termination, The Fraternal Order of Police Lodge 148 and FOP President Mark Rutherford stated, "Any member of the Fraternal Order of Police is provided due process in anything that happens in the performance of his or her duties. We want to ensure that Lt. Oliver has got his due process throughout this incident from the beginning and continuing throughout the entire process. This process will include him filing a grievance, which is his due process, and then it will be heard by a neutral arbitrator that will make a ruling.

"The mission of the Sallisaw FOP is and continues to be to promote and foster the enforcement of law and order; to cultivate a spirit of fraternalism and mutual helpfulness among our members and the people we serve; to increase the efficiency of the law enforcement profession and thus more firmly establish the confidence of the public in the service dedicated to the protection of life and property."

Minutes from the November 9 City Commissioners meeting show that an Executive Session was held "concerning the claim by Charles Day." After reconvening to regular session City Manager Keith Skelton was directed to "proceed with the settlement as discussed in executive session."

When asked if the city anticipated any legal action from Oliver, Skelton stated, "That remains to be seen. He is within his rights to file a grievance."

Oliver had been with the Sallisaw Police Department for approximately 14 years. He had been on paid leave since the June incident. Oliver will receive pay for his accrued vacation days, according to Skelton.