Muldrow Man Arrested for Failure to Register as Sex Offender 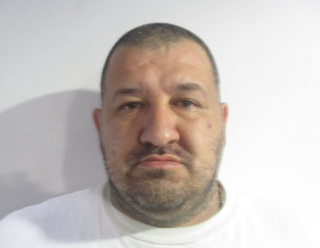 A Muldrow man was booked into jail Oct. 28 after an arrest warrant was issued for failing to register as a sex offender
John Paul Covington, 38, faces up to five years in prison and/or a fine of up to $5,000 on the felony charge. His bond was set at $5,000.
On Oct. 9, a Muldrow police officer learned that Covington was at a hospital in Tulsa with a family member. After numerous attempts to reach him by police, Covington arrived at the Muldrow Police Department on Oct. 16 for an interview.
Covington told police he had been in Tulsa for a week and a half, making the number of days he had been there more than 10. Covington was shown a duty to register list, which states that a sex offender must register with law enforcement within three days of entering the jurisdiction where he intends to remain for more than seven days.
Covington was shown where he had initialed and signed the form on Dec. 4, 2019, as part of the Muldrow Police Department’s annual review, inspection and file update. Covington acknowledged that those were his initials and signature and he admitted that he received a copy of the form for his records.
Covington is currently being held in the Sequoyah County Jail.
Laura Brown, KXMX Staff Writer
For more news stories stay tuned to The MIX 105.1 or visit www.kxmx.com