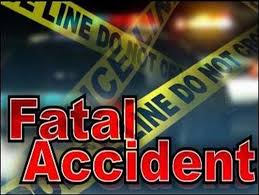 A Keota woman was killed Tuesday in a two-vehicle crash three miles east of Keota.

Three passengers in Seyler’s 1999 Saturn were transported to area hospitals.

The OHP reported Douglas Owens, 46, of Keota, was flown to St. Francs Hospital in Tulsa and admitted in guarded condition with internal injuries.

A 7-year-old boy was also flown to S. Francis Hospital and admitted in guarded condition with head injuries. Another 7-year-old male was transported by ambulance to Sparks Regional Medical Center in Fort Smith and treated and released.

The OHP reported Seyler was driving west on State Highway 9 when, for an unknown reason, she crossed the center line and struck an eastbound 2004 Chevrolet pickup truck driven by Tyler Broussard, 25, of Howe. Broussard refused treatment at the scene.

The collision occurred at about 10:30 p.m. Tuesday.