Sallisaw Police, Firemen, and Sheriff Take the Challenge for ALS 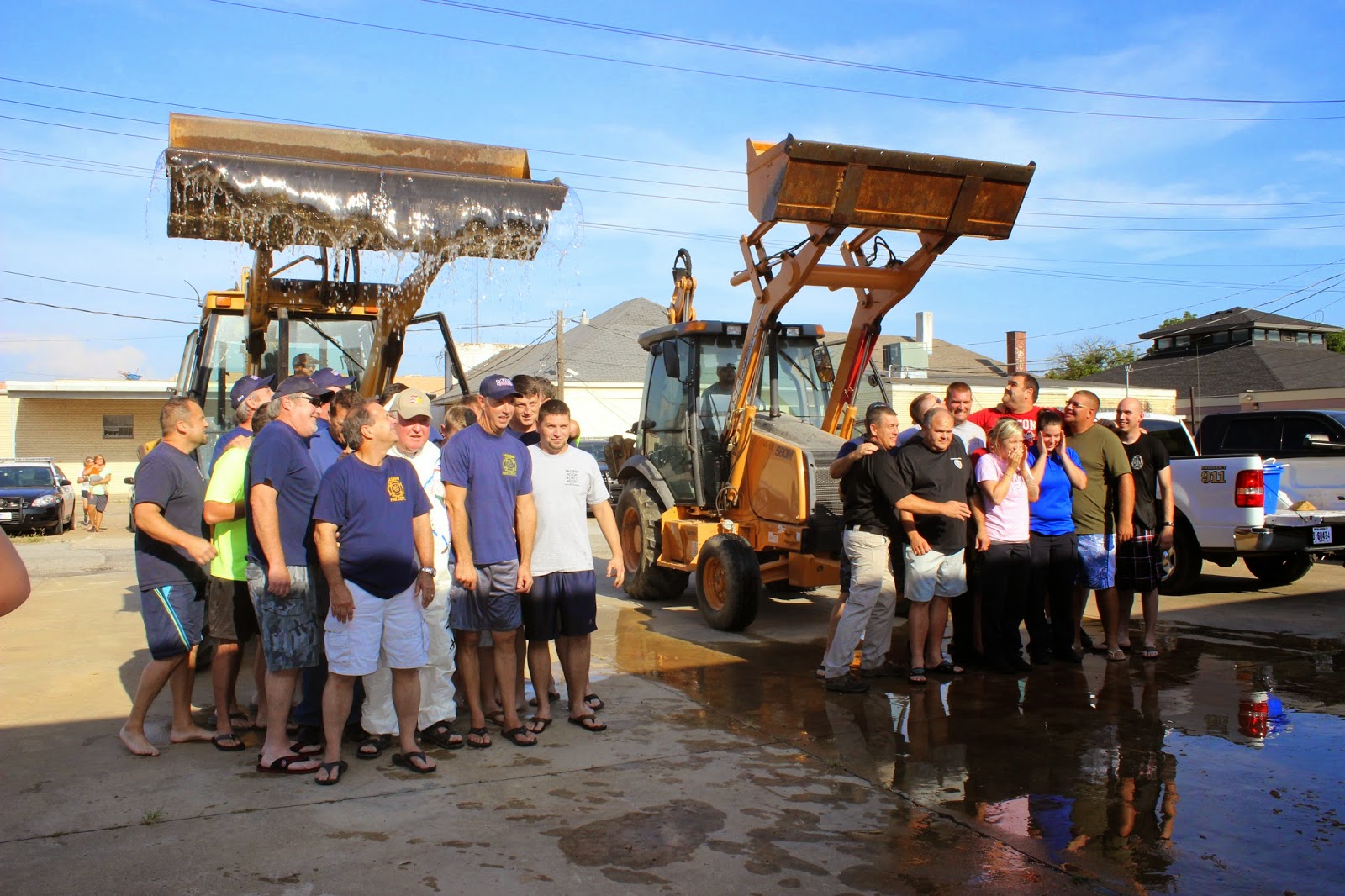 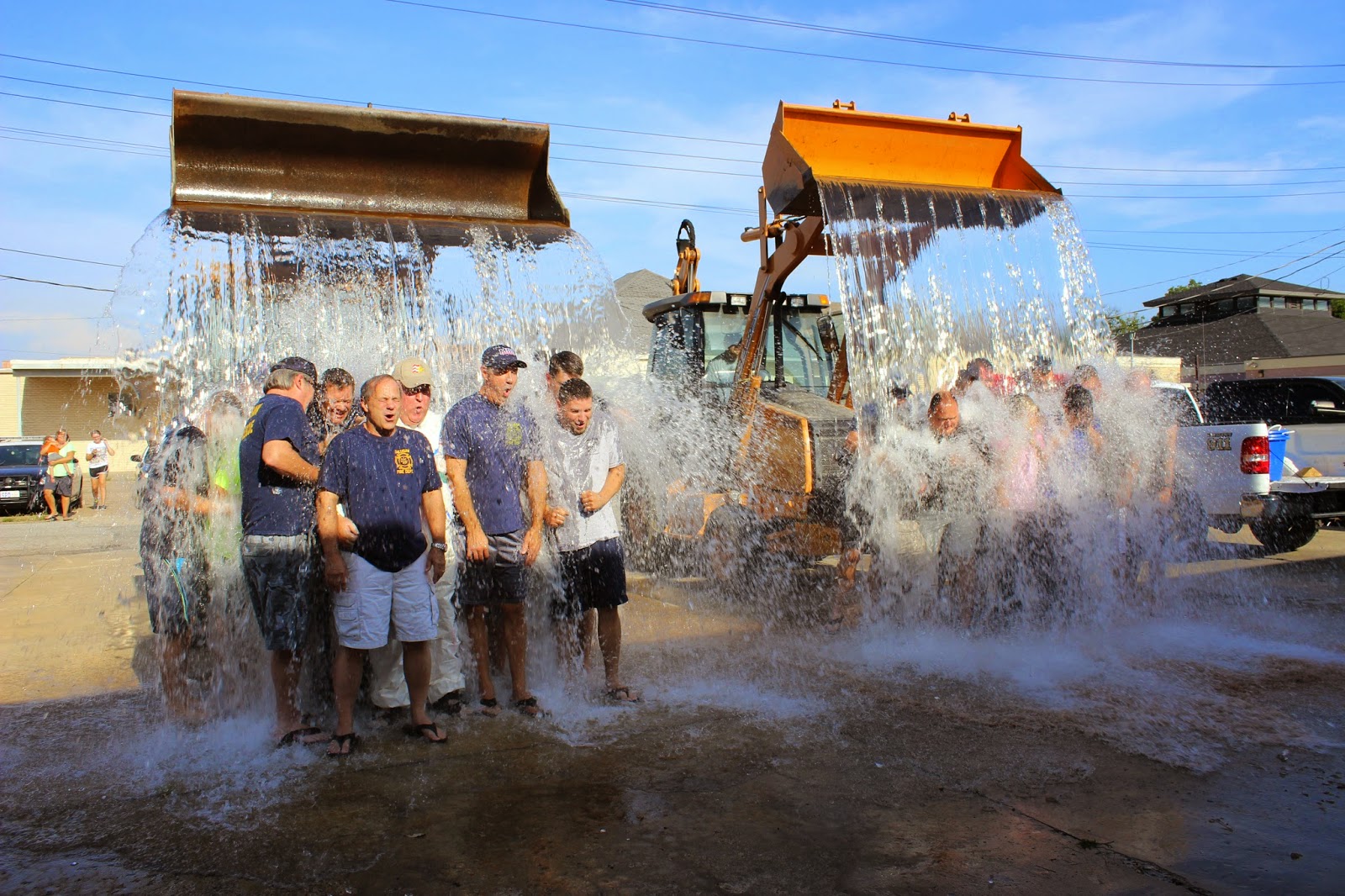 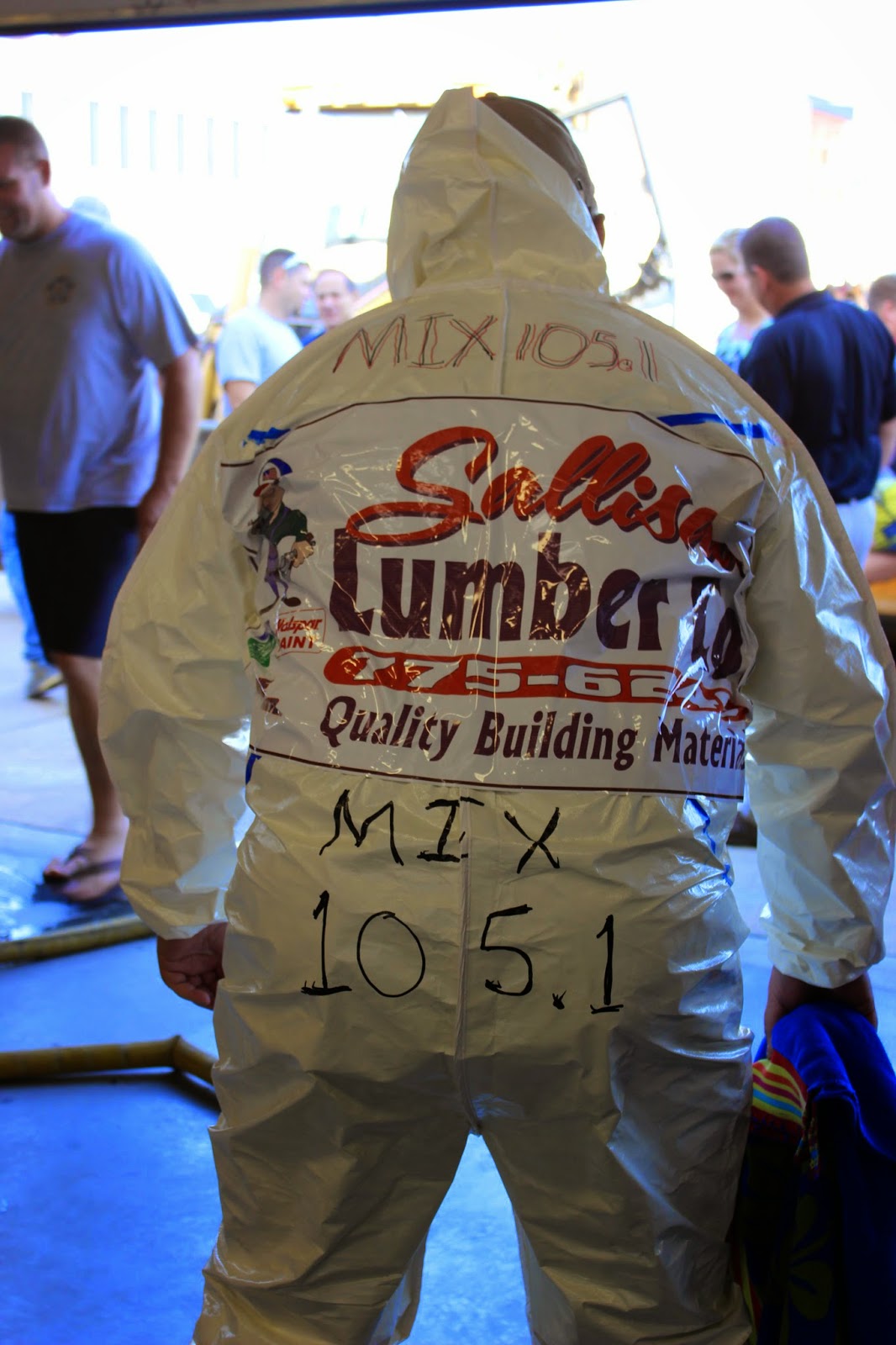 On the hottest day of the year in Sallisaw, the Sallisaw Police Department, Sallisaw Fire Department and the Sequoyah County Sheriff, Ron Lockhart, took the Ice Bucket Challenge to benefit the ALS Association. More than $600 was raised to be donated. Sallisaw Fire Chief Anthony Armstrong stated, "We would like to issue a challenge to all Sequoyah County Fire Departments to take the challenge and help raise money." Nothing like friendly competition to raise money for a good cause. "ALS has benefitted a lot in the last few weeks due to the Ice Bucket Challenge. It was a fun evening participating and representing The Mix 105.1 and the Sallisaw Lumber Company," said Sequoyah County Sheriff Ron Lockhart. Click the link below to watch the video of the challenge.
https://www.youtube.com/watch?v=A5iDZUelseA
The Ice Bucket Challenge was started by Pete Frates, 29, of Beverly, Massachusetts, who has lived with ALS since 2012. Frates said he wanted to bring awareness to Lou Gehrig's Disease and wanted the Ice Bucket Challenge to go viral on Facebook and Twitter. He has been very successful. Since July 29th, of this year, the Ice Bucket Challenge has raised over $79.7 million dollars.
ALS, which stands for amyotrophic lateral sclerosis, is a progressive neurodegenerative disease that affects nerve cells in the brain and the spinal cord, which eventually leads to death. It became more commonly known as Lou Gehrig's disease after the much loved American baseball player was diagnosed with the disease in 1939. Approximately 5,600 people in the U.S. are diagnosed with ALS each year and every 90 minutes one American dies from the disease.
All money donated will be sent to ALS Association which is the only national non-profit organization fighting ALS. They lead the way in research, care services, public education and public policy. Sally Maxwell, Senior News Director﻿