Future of School Rotunda Up to the Public 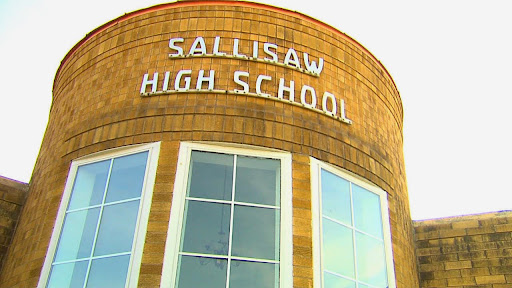 Sallisaw City Commissioners voted to get the public's opinion on what should be done with what remains of the old Sallisaw High School at their meeting Monday. Although the old school was remodeled for the public's use after the old high school was built, an arson fire destroyed most of the building in 2004. All that remains are the rotunda, the walls flanking the rotunda and the sidewalk. At the city's meeting Monday Ward 1 Commissioner Ronnie Lowe said he had received complaints about the remains of the building and possible mishaps that could happen there. City staff pointed out that the rotunda and walls flanking the rotunda had been inspected and determined to be safe but Lowe said some were concerned about children climbing and playing on the walls. The property is still used, mostly by the Main Street Organization which shows family movies there, and Margaret Perry of Main Street said many of those attending reunions like to have photos taken at the rotunda. After discussion it was agreed that a survey would be published on the city's website and on local media. The survey will ask for the public's opinion  and will offer three choices: if the site should be leveled; if the building should remain but with shortened walls as wings; or if the site should be left as is. Assistant City Manager Keith Skelton will write up the survey. By Sally Maxwell, Senior News Director