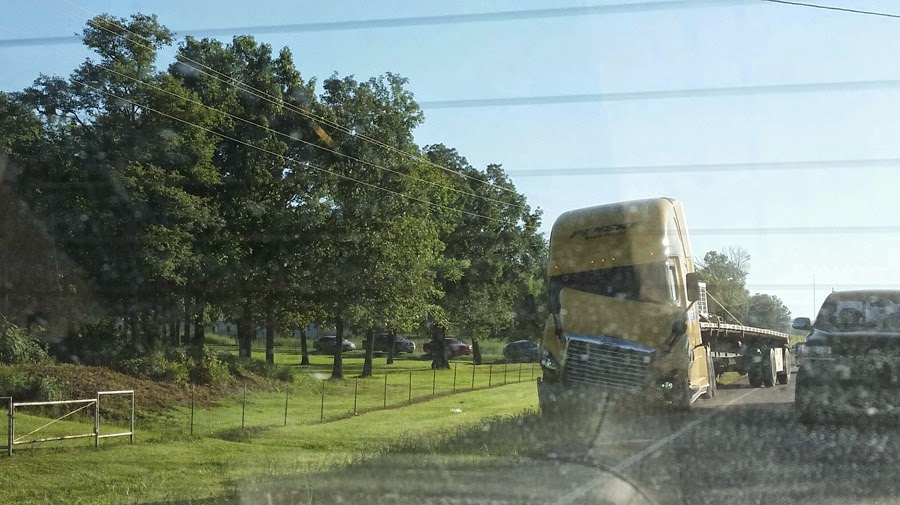 As we reported LIVE on the air earlier, at approximately 8 am EMS was dispatched to Hwy 59 North of Sallisaw near the Brushy School turnoff. A traffic accident occurred between an 18-wheeler traveling South on Hwy 59 and a large white late model SUV. Injuries were sustained in the accident and emergency personnel were on the scene. The extent of the injuries are not known at this time. Names of those involved have not been released.