Over 100,000 Expected at Cherokee Holiday 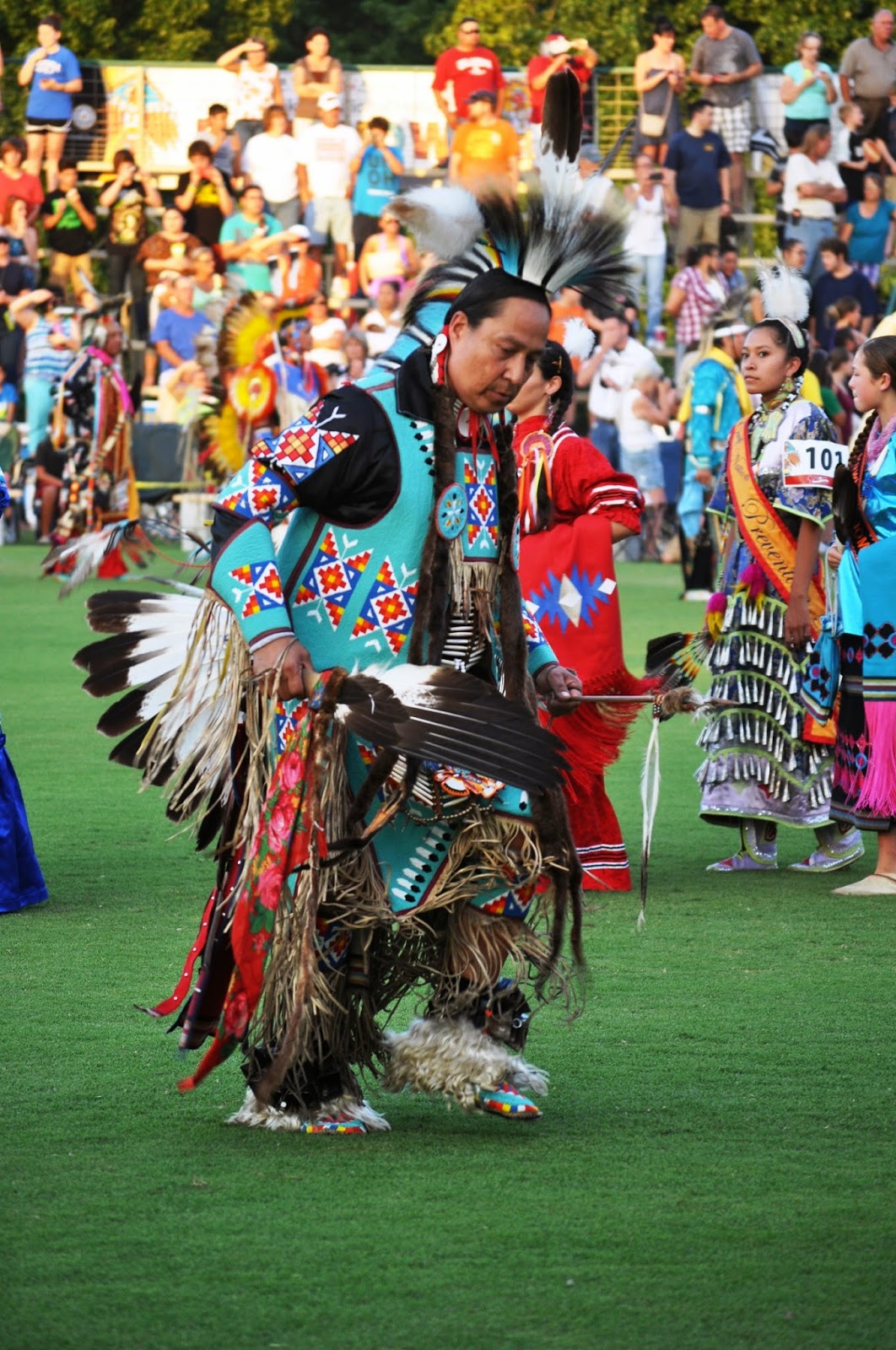 Over 100,000 are expected to experience the culture of the Cherokee Nation, including a traditional powwow, during the Cherokee National Holiday over Labor Day weekend in Tahlequah. The Cherokee National Holiday Powwow begins at 5 a.m. Friday, August 29 and continues Saturday, August 30 at 2 p.m. Named by Indian Country Today as the second largest powwow in the country, it offers more than $35,000 in prize money for Southern Strait, Northern Traditional, Fancy Dance, jingle and other dance categories. The powwow takes place at the Cherokee Cultural Grounds, West 810 Road in Tahlequah. More than 120 Native American vendors, traditional games like stickball, and the only parade in the state announced in both Cherokee and English can all be found at the 62nd annual celebration.

This year's holiday theme is the 175th anniversary of the signing of the Cherokee Nation Constitution on Sept. 6, 1839, creating the tribe's existing government. The theme also emphasizes the strong kinship and unity of Cherokees, thriving nearly two centuries after removal from their original homelands in the Southeast.

Principal Chief Bill John Baker will speak about the State of the Nation at 11:30 a.m., Saturday, August 30, at the Cherokee National Capitol Square. The speech has been a tradition at the site since the mid-1800's for citizens who want to hear highlights from the tribe's year of progress. Just prior to the State of the Nation address, the Cherokee National Holiday Parade will wind down Muskogee Avenue. Visitors can also stop at the Cherokee Arts Center from 9-11 a.m. and 1-3 p.m. on August 30 to weave baskets, build clay medallions or make mini stickball sticks and cornhusk dolls for free.

Cherokee citizen and professional angler Jason Christie, who has 13 career tournament wins, returns this year for the children's fishing derby. It will be held from 7:30 a.m. to 11 a.m., August 30, at the pond at the east of the W.W. Keeler Tribal Complex. Children receive a free rod and reel, and can take photos with Christie and get an autograph.

Also shown at this year's Cherokee National Holiday is a screening for the independent film "Playground of the Native Son" about the all-Indian football team Hominy Indians, who played against the world champion New York Giants in 1927. The film features Cherokees such as Tribal Councilor and former Chief Joe Byrd and flutist Tommy Wildcat. It's shown at the Dream Theatre, 312 N. Muskogee Avenue.

Prior to the holiday, the musical "Nanyehi: The Story of Nancy Ward" returns to the area. The show, written by Nashville song writer and Cherokee citizen Becky Hobbs, starts at 7:30 p.m., August 21-23, at The Joint inside Hard Rock Hotel & Casino Tulsa. For tickets, call the box office at 918-384-7625.

The Cherokee Nighthawks also go head to head against teams from the Chickasaw and Choctaw nations in a stickball tournament starting at 10 a.m. on August 23 at Sequoyah Schools' campus.

The Cherokee National Holiday offers many more events, such as an antique car show, fireworks, art shows, softball, basketball, and even a traditional foods cook-off, giving visitors a chance to learn more about the Cherokee Nation, its culture and way of life.