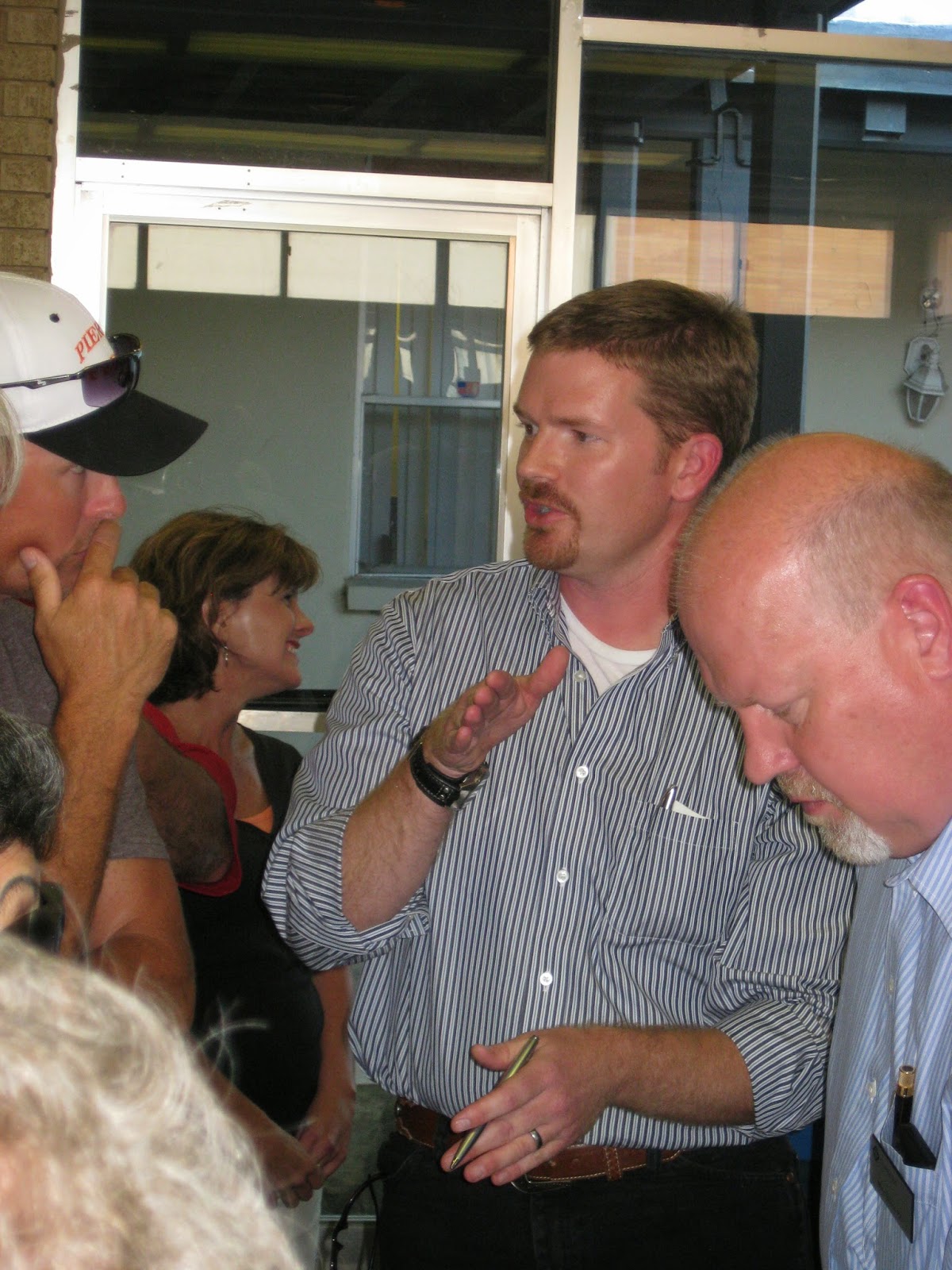 About 50 concerned property owners and residents attended the Sallisaw City Commission meeting Monday to hear about the Oklahoma Department of Transportation's (ODOT) plans to extend U.S. Highway 59 north, from Cherokee in Sallisaw north for three and a half miles, to State Highway 101. Chris Wallace, ODOT engineer (above), met with those concerned outside the meeting at the Sallisaw Civic Center. Wallace said the truck traffic and other traffic was a heavy load on the road, and the expansion would include widened lanes and a turn lane for a portion of the expansion, which would decrease bottlenecks and would be safer for traffic. In city limits, the expansion, Wallace said, will do away with the flower box at the Sallisaw Chamber of Commerce on the northeast corner of the Cherokee and Wheeler Avenue intersection, and would do away with the curb parking on the northwest side of Cherokee immediately past the intersection up to Oak Street.

To a question about a proposed bypass around Sallisaw for truck traffic, City Manager Bill Baker said that project, which was studied in depth several years ago, turned out to be too costly for both the city and the state. Baker said ODOT will reimburse the city for moving water and sewer lines but there is still a question about moving the city's electric and telecommunications lines. Baker said the city has contacted ODOT about that reimbursement. According to the ODOT website, the $11.5 million project will begin this fall with surveys, and property owners will be contacted in October or November. Wallace provided the city with maps of the project. The project is expected to begin in 2016 and be completed in a year.

After their meeting with Wallace, several property owners voiced their concerns. One said all the frontage on her property may be in ODOT's right-of-way needs, while Susan Fullbright sees other problems. She explained the maps showed the project running across her pond, on the east side of Hwy. 59 and north of Sallisaw. She explained the pond was built by her late husband, Gus Fullbright Jr., for his grandchildren. Fullbright, Sallisaw's fire chief, died as the result of being burned in a fire in 1994. "That's the pond he built for his grandchildren and he didn't live to see them play in it," Fullbright said. "That's our pond." By Sally Maxwell, Senior News Director