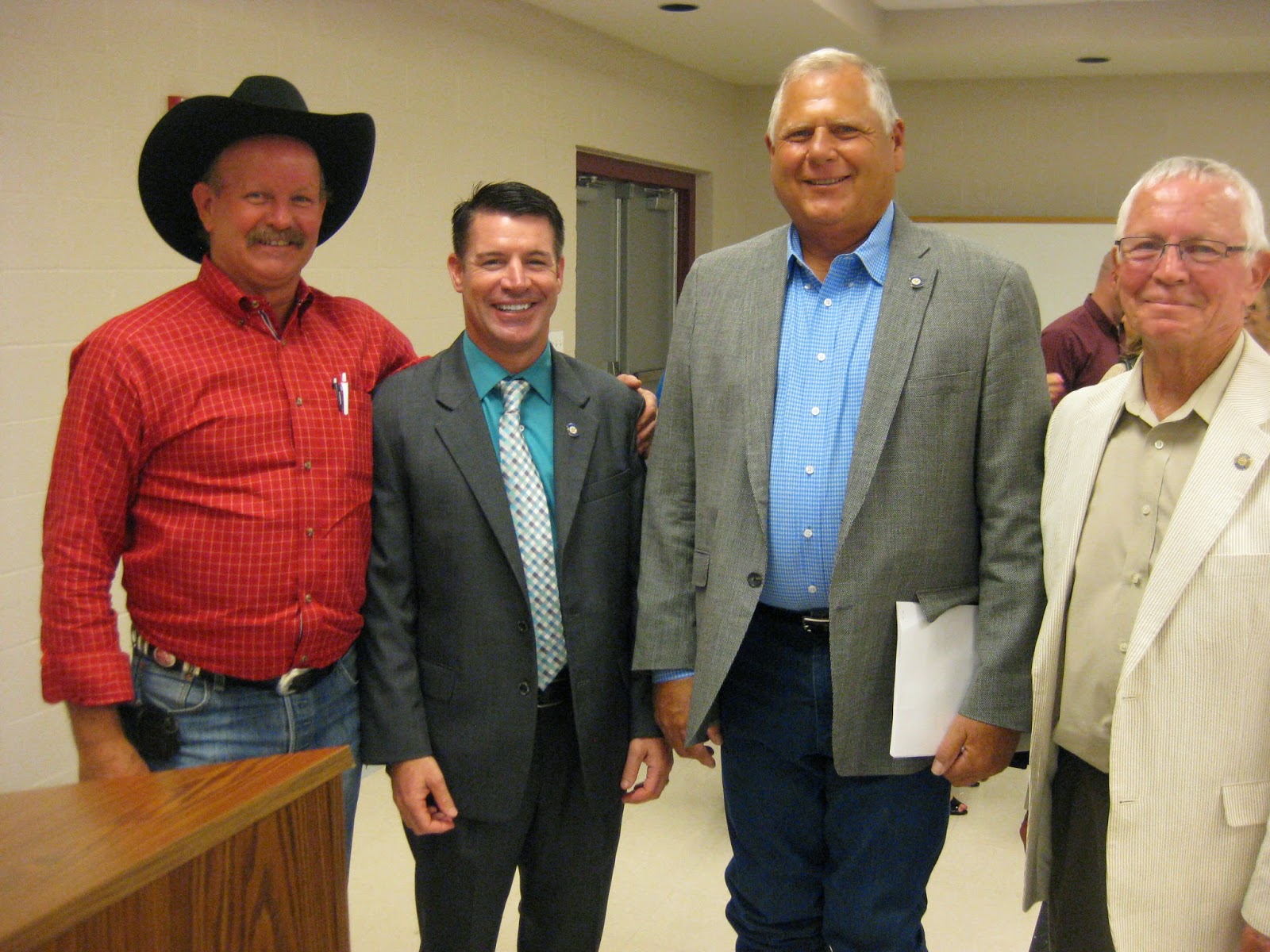 The Sallisaw Chamber of Commerce Annual Legislative Luncheon, held Wednesday at the Carl Albert College Sallisaw Campus, was attended by both state and local elected officials. Above District 2 County Commissioner Steve Carter, left, visits after the luncheon with State Rep. John Bennett (R-Sallisaw), State Senator Mark Allen (R-Spiro) and State Rep. Ed Cannaday (D-Porum). During his report on the state's latest legislative session, Allen told the group, "We need a cap on our Gross Production Tax." Allen said drillers for oil and gas had left eastern Oklahoma and it's natural gas for the more expensive oil in western Oklahoma. "We had no incentive to drill here, so we brought them back in." Allen and Bennett both said they were proud of the bill that allows veterans, and others, to receive hyperbaric oxygen therapy, also known as HBOT, for traumatic brain injury. That could help as many as 40,000 afflicted veterans, it has been reported. Bennett also spoke about the state budget and how, while most core government services had to take a decrease in funding, the legislature was able to increase funding for common education and public safety. Bennett said he and Allen also supported bills that aided small business, and were proud of the bill that outlawed the sale of synthetic drugs in Oklahoma that is ". . .killing our kids," Bennett said. Cannaday told the crowd, "I am the point person for education for the Democratic party." A retired educator, Cannaday serves on several common education committees. He said he was proud of House Bill 2625, which dealt with holding back third-grade students who could not pass a reading test, and which Cannaday co-sponsored. The bill modified the required retention of third-grade students who could not pass the test, and provided remediation. At the conclusion of his report, Cannaday, an inspired speaker when it comes to education, admitted to the group that, on the conclusion of his first term in office, he received the "Mouth of the House" award. Chamber President Gary Winton announced that Sallisaw's Health and Wellness Center was the chamber's Business of the Month, and presented the award. Winton noted that the Health and Wellness Center is non-profit and funded by federal dollars. The center offers health care based on income, and served over 5,000 county residents in the past year. Stay tuned to KXMX or visit www.kxmx.com for the latest news. By Sally Maxwell, Senior News Director