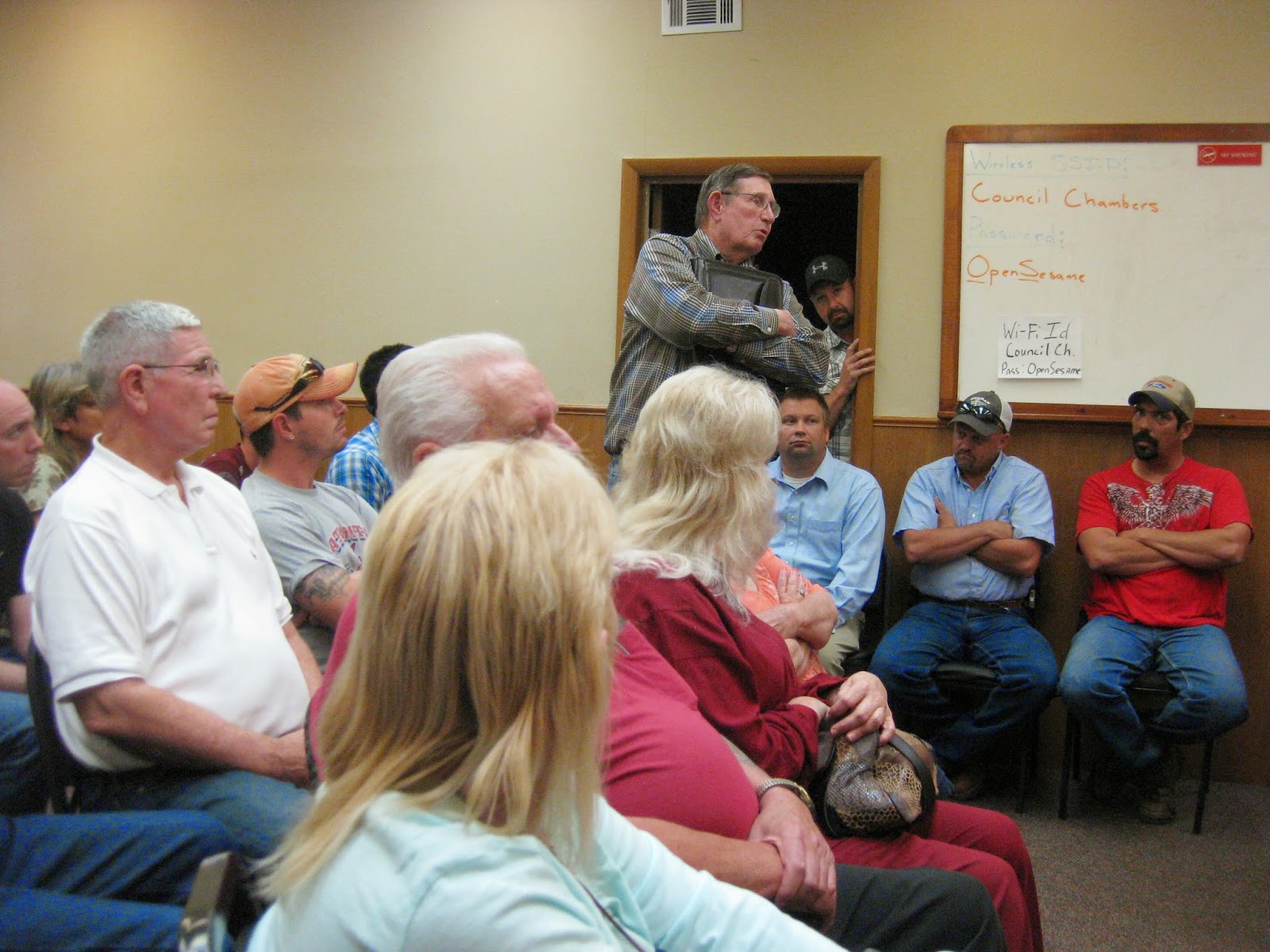 Former City Manager Lloyd Haskins told Sallisaw City Commissioners at their meeting Monday that the city's utility rates are too high and the city's debt load is too high. Over 60 persons attended the meeting, when the city's budget was the top topic. The crowd included those protesting the rate increase and city employees worried about their salaries. By a vote of three to two, the commissioners approved the small rate increase for water, sewer and sanitation, which are one utility. For the average resident, the rate will go from $39 a month to $41.75 a month, an increase of $2.75. Voting for the increase as a necessity for the city were Ronnie Lowe, Ward 1, Ro Poindexter, Ward 2, and Vicki Sawney, Ward 4. Voting against the increase were Julian Mendiola, Ward 3, and Mayor Julie Ferguson. The increase will be on the July bill for payment in August. An adjustment in the Diamond Net rate was also approved, but some will pay more and some less, Keith Skelton, assistant city manager, explained. He said Diamond Net has sought out new providers for both internet and phone service, and different packages will now be offered at different rates. That utility adjustment goes into effective immediately. Four of those at the meeting, on fixed incomes, protested any utility rate increases, while employees voiced their concerns over salaries. On the recommendation of City Manager Bill Baker, the commissioners approved the 2014-15 city budget with the exclusion of employees' cost of living (COLA) payments, which will save the city about $115,000. The employees will get their merit raises. The COLA savings will go into the city's contingency fund to cover future expenses. Stay tuned to KXMX or visit www.kxmx.com for the latest news. By Sally Maxwell, Senior News Director