Fireworks Limited to July 3 and 4 in Sallisaw 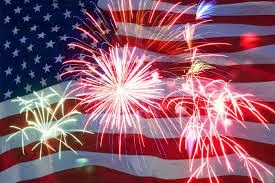 Fireworks stands opened this week, in anticipation of the Fourth of July, and the City of Sallisaw is reminding everyone of the local and state regulations governing the selling and setting off of fireworks. In Sallisaw, the personal use of fireworks is allowed in the city limits from 10 a.m. to midnight on July 3 and 4 only. Fireworks cannot be sold, discharged or stands placed in the downtown business district. The downtown district is generally described as lying south of the Missouri Pacific Railroad and north of East Chickasaw Avenue, and between North Wheeler Avenue and North Elm Street. Fireworks, by state statute, can be sold between June 15 and July 4 and on Jan. 1 of each year. To sell fireworks, one must obtain a retail license from the State Fire Marshall's office. Usually the fireworks distributor assists with this license as they must obtain a wholesale license as well. Sallisaw requires a permit for a fireworks stand, booth or tent, to ensure the minimum guideline for distance from highways, roadways, combustible material and structures are met. Inspection of electrical or fuel powered generators are conducted prior to a stand opening to ensure electrical and fire hazards are minimized. The permit and inspections are $25. For more information contact the city at (918) 775-6241. Stay tuned to KXMX or visit www.kxmx.com for the latest news. By Sally Maxwell, Senior News Director